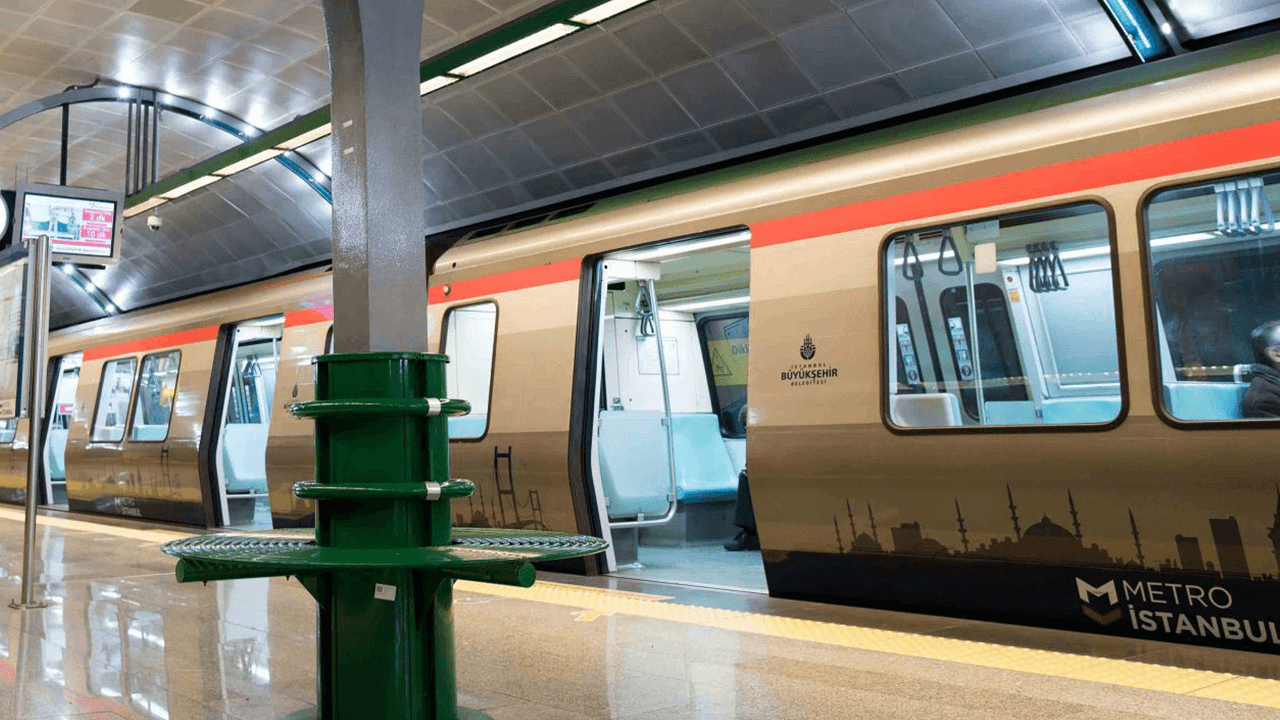 Istanbul’s metro is a network of underground rapid transit railway, operated by a public company serving the Metropolitan Municipality. Opened in 1989, currently includes 58 stations and more than 20 under construction. The system consists of four lines: M1, M2, M3 and M4 but others are in planning and execution.

The M1 line was initially called “Hafif metro” (light train), although it was built as a big scale subway line. It extends from Aksaray to the western suburbs, reaching the Atatürk Airport in the southwest in 2002, so it is one of the most important lines used by visitors to the country.

The construction of the M2 began on September 11st, 1992, but faced many challenges due to the numerous archaeological sites discovered during the drilling process, which slowed and sometimes halted construction of other stations, especially in the south. The first section between Taksim and 4. Levent started service, after some delays, on September 16th, 2000.

A northern extension from 4. Levent to Maslak was opened on January 30th, 2009 and a Southern one, from Taksim to Yenikapi, across the Golden Horn, has been completed so far up to Sishane station, in Beyoglu.

M3 Line runs from two destinations, Metrokent and Olimpyat Parki up to Bacgilar. While M4 and M5 are in the Asian side and continue in construction.

Given the seismic activity in Istanbul, the entire underground network was constructed with the cut and cover method to withstand an earthquake of up to 9.0 on the Richter scale.

The Istanbul’s Metro operates between 6:00 and 24:00, as well as the tram, with varying frequency, depending on the time of day, between 5 and 10 minutes.

The Metro prices responds to the same rate of the rest of public transport, for those who use Istanbulkart; otherwise, it costs 1 jeton.