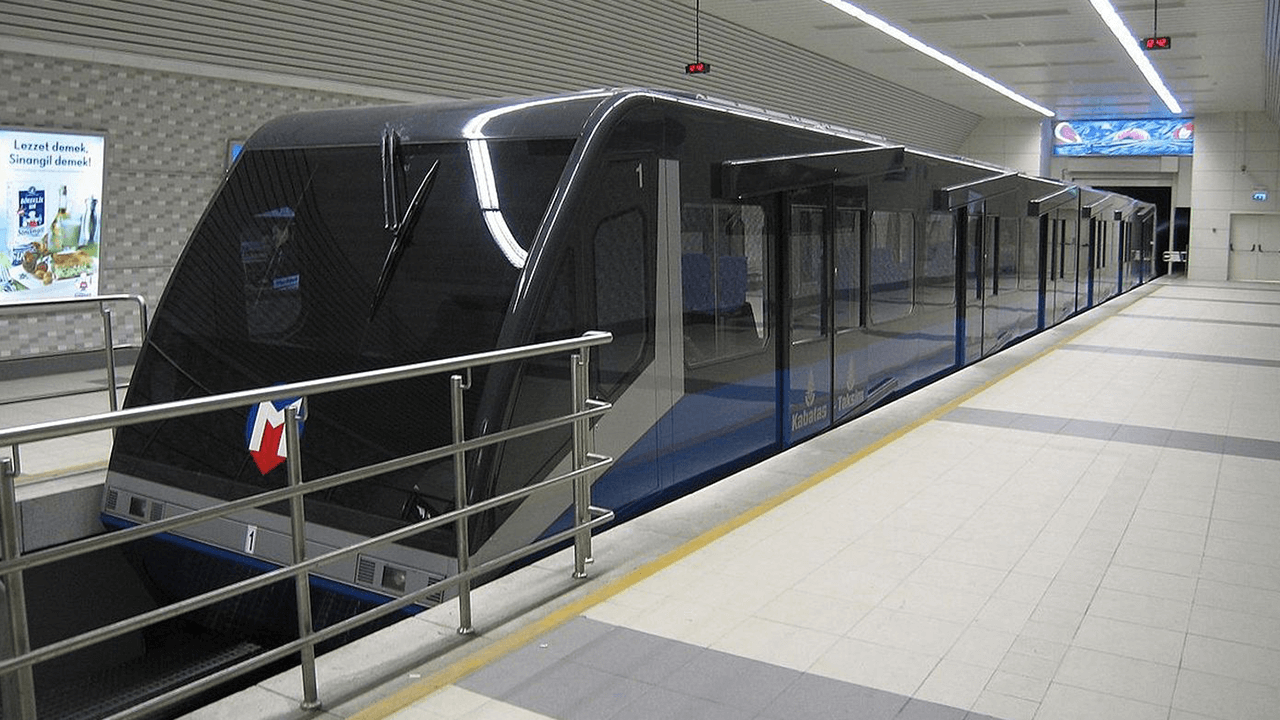 Istanbul has two underground funicular lines, of very different ages and styles. The older of these lines is Tünel, the oldest metro line in continental Europe, and second in the world after London’s.
The Tünel funicular (F2) is 573 meters long, in a 60 degrees angle, without intermediate stations between Karaköy and Tünel Square. It has been continuously in service since 1875. Originally it worked with steam, two trains in wooden parallel lines. In 1971 it was modernized and today is one-way, powered electrically. The trip takes about 1.5 minutes. About 15000 people use this line every day to avoid the heavy slope between Karaköy and Istiklal Street.

Opened in 2006, the modern funicular (F1) line runs between Taksim and Kabataş with a regular frequency of 5 minutes between each round and about 600 meters on a slope of 60 degrees, done in two minutes.

Being slopes so plentiful in Istanbul and so busy these areas, both funiculars have great use in the daily life of the city.

Both Funicular lines begin to run from 6:00 and end at 12 midnight.