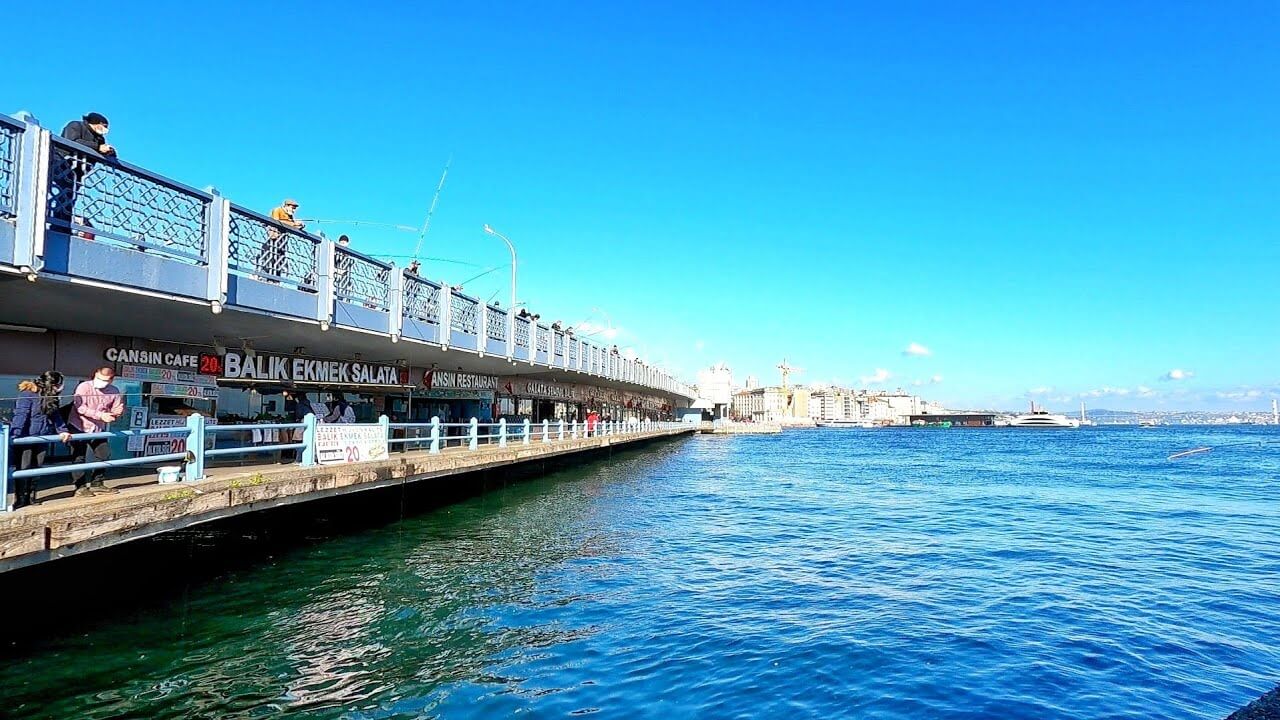 The Galata Bridge (Galata Köprüsü) crosses the Golden Horn and connects the districts of Eminonu and Karakoy, the oldest and most historic areas in the foothills of the modern part of the city. It has 490 meters long and is another symbol of Istanbul. 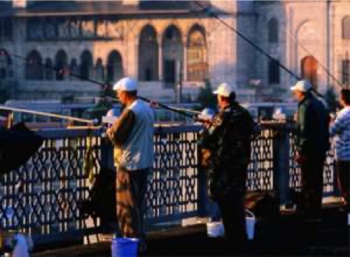 Bridges over the Golden Horn

The first bridge was built in 1845 by the mother of Sultan Abd-ul-Mejid. After 37 years of service, a large new Rolling bridge, hydraulic powered, started to be built and opened on the third anniversary of the rise of Sultan Mehmet V to the throne in 1912. Two years later, it was crossed by the new city trams.

The construction of a new bridge in the Golden Horn began in 1987 and should be accelerated after an anonymous fire in the old bridge, being finally complete in June 1992.

In 1502 Leonardo Da Vinci designed a bridge across the Golden Horn, commissioned by Sultan Bayezid II. Da Vinci Bridge would have a length of 240 meters, 23 meters wide and rise 40 meters above the sea level. If it had been built, it would have been the longest bridge in the world at that time. But the Sultan Bayezid rejected the project for believing it impracticable.

The basis of the construction -three arches, forming a pedestrian way- was not accepted as an engineering principle until 300 years later, thought then Da Vinci was so sure of his work that he even offered himself to run it.

In 2001, Leonardo’s idea materialized on a small bridge in Norway and the past 2012 the Turkish government announced that the Florentine’s project will be implemented, faithful to the original and in the special site it was designed for: the Golden Horn in Istanbul. 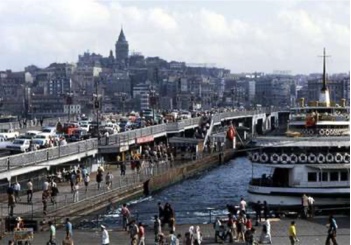 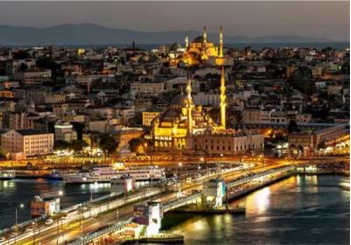 The Bridge these days

Today, the Galata Bridge is undoubtedly a big tourist destination in the city. In its lower part it has a large number of cafes and restaurants that offer good fish and traditional Turkish food, while watching the comings and goings of the ferries by the Golden Horn, whose night views are amazing.

Here we meet every day hundreds of people in what is already a tradition, rod fishing from the bridge, which has marked his image and visuality forever, becoming another symbol of the city.

Because of its history and its cozy atmosphere, this bridge has been the subject and scene of myths, legends, novels and poems and it figures as one of the most beloved places by estambulites.

Over the Golden Horn.