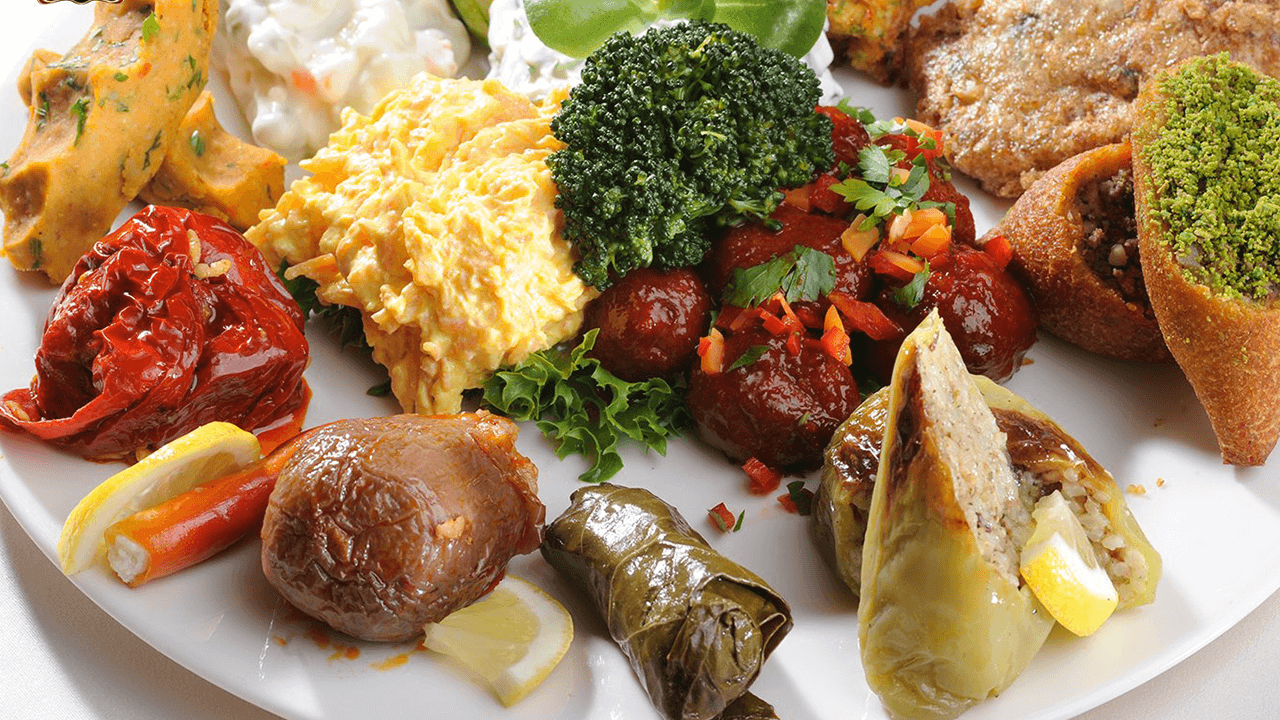 The basis of Turkish cuisine is Mediterranean and fruits and vegetables abound. They do not consume pork but beef, poultry and fish. Turkish cuisine is famous for its rich variety and superb combination of spices and herbs, which translates into delicious dishes for visitors. Turkish cuisine has been influenced by the various cultures that passed through Anatolia, and at the same time, by cuisines of many countries in Europe, Asia and Africa. It not only looks very appetizing, but also has a variety of ingredients that can vary the preparation and taste of the dishes endlessly.

Specialties of Ephesus and surroundings

Between the typical dishes of this region there is the so called Cop Sis (Chop Sish)  , small kebabs with tomato and garlic marinated with black pepper, thyme and oil, a specialty of Selcuk and Germencik, near Ephesus.

We can also find the Izmir Tulum, a sheep’s milk cheese preserved in bags made of animal skins. There are different local varieties of this cheese. Also in Izmir there is a typical specialty, the Macun, a sweet jelly, made with corn that may contain up to 41 different spices.

Kebab: kebab is basically sliced roast beef, the basis for numerous variations and specialties such as the Döner Kebab, made with striped beef, lamb or chicken, cooked on a vertical spit, grilled and wrapped on pita bread and vegetables or like snacks.

Dolma: vine leaf stuffed with rice and seasoned with spices and lemon. It is eaten in Greece with the same name.

Kahvalti: is the typical Turkish breakfast. A dish with cheese, cucumber, tomato, egg, bread, olives and, depending on the price, limited tea or free service.

Simit: this they call to a sesame-covered bread donuts they sell on the street or in cafes, and which is also used to accompany breakfast.

Kumpir: giant baked potato stuffed with vegetables, sausages, etc… The typical area to eat it is the Ortaköy district.

Lahmacun: kind of a pizza, with a thin crust and somewhat exotic taste.

Turkish Coffee: It is consumed throughout the Middle East. They prepare it in a typical pitcher with a very fine ground coffee. It is served in small cups, once the dust has settled in the background.

Raki: Alcoholic drink with a little sweet anise flavor. It is very popular in Turkey and some Balkan countries as an appetizer. It is often served with seafood or fish or with some traditional Turkish starters.

Efes: The most famous beer in Turkey, although there are others. It has the name of the city: Efes (Ephesus)

The most typical desserts in Turkey are Baklava, made with puff pastry, pistachios or almonds and syrup, Lokum or Turkish Delight, made with flavored sugar, as well as Helva, Kunefe and so many others.