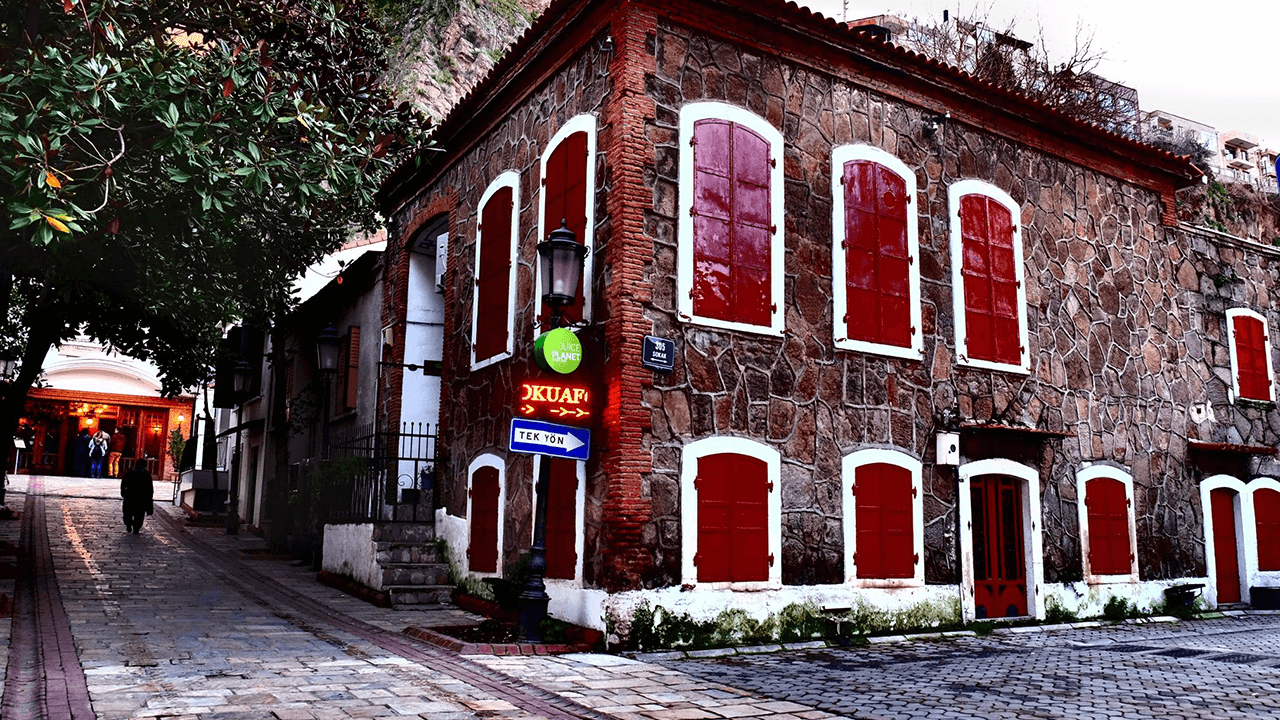 The house in which the famous Dario Moreno used to live with his family has been transformed into a small museum. The surrounding houses were repaired and the street has been renamed Dario Moreno. At the end of this road is the historic “Elevator”, a 40 meters high building that today is probably the most famous building of ancient Smyrna.

Dario Moreno was a musician, composer and Turkish singer who reached fame in Paris, where he also participated in several movies. His real name was David Arugete and was born into a large Jewish family. From an early age he lost his father and his mother interned him in a Sephardic orphanage in Izmir until he was four.

He sang since he was a kid, and being a young man he started being quite known in the city, especially among the Jewish community. During his military service he was employed as a singer at the headquarters of the Turkish Army officers. He would reach international fame in France. Dario Moreno died young of a heart attack, in Istanbul, Turkey.