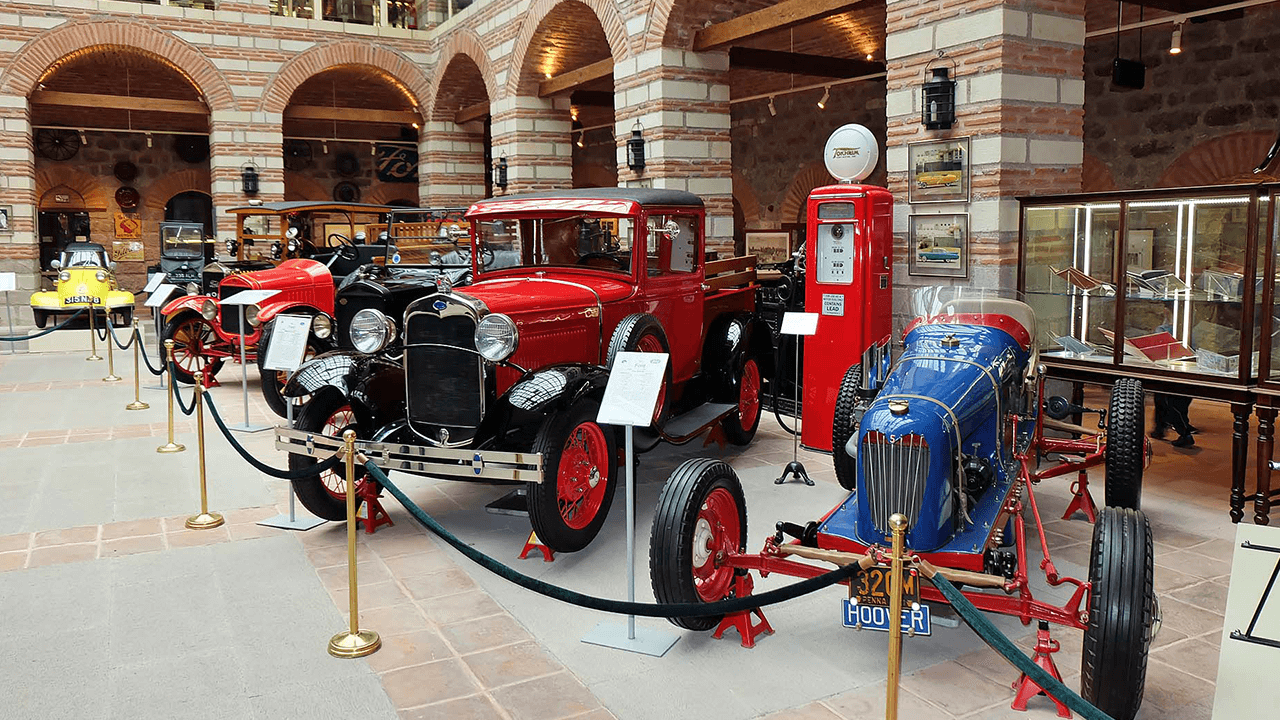 It is located in the old anchors foundry of the Golden Horn’s Docks, an area that symbolized industrialization in the city during the Ottoman nineteenth century.

The anchors foundry workshop was built in the era of Ahmet II (1703-1730) and the building’s foundations date back to Byzantine construction from the twelfth century. It was restored under Selim III and used by the Ministry of Finance until 1951. After a fire in 1984, the building was in ruins. In 1991, it was bought by the Rahmi Koç Cultural Foundation, restored and opened as a museum in 1994.

On the first floor, it shows the engines and steams. In the second are the scientific instruments and communication devices. At the entrance you will find the department of aircraft, machinery for the printing of banknotes and coins, bicycles and motorcycles, the naval department and ship engines.

In the open area it shows a lifeboat, a tram, a steam train and a vertical steam boiler. By sea we find a submarine, available for public visits.