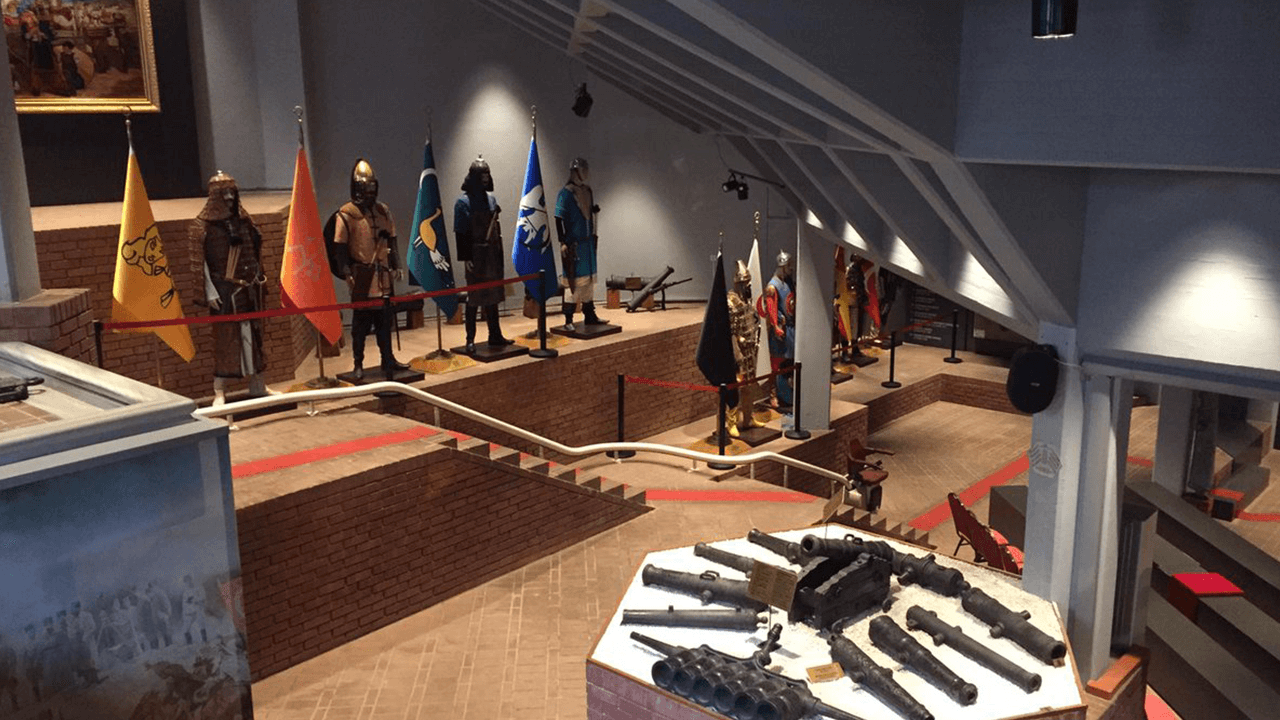 It is located in Harbiye, near the Taksim Square, and is dedicated to one thousand years of Turkish military history. This Museum is one of the most important of its kind worldwide.

In the beginning the museum was hosted at the Church of St. Irene. Later in 1950, it was moved to what was once the seat of the Ottoman Empire’s military academy in Cumhuriyet Caddesi, which is still today a major military building.

The museum displays a large collection of historical weapons, uniforms and tools of various periods of the imperial army. For many visitors, the most outstanding objects are the magnificent and huge tents and the Ottoman cannons, mortars, aircraft and helicopters, which are displayed in the open air areas.

The east wing of the museum is dedicated to temporary exhibitions, presentations and other similar activities. On the ground floor is the archery, arms and other insignia of the cavalry, curved daggers and lancets carried by foot soldiers in the fifteenth century, among others.

Other sections are devoted to Selim I, Mehmet the Conqueror, the conquest of Istanbul, weapons of the early Islamic period, Iranian, Caucasian, European and Turkish. This floor also houses an unique collection of helmets and armors, as well as the sections allocated to firearms and department stores used by the sultans in their campaigns.

On the upper floor are exhibited objects of the First World War, the Battle of Gallipoli and the Turkish War of Independence, and recent time uniforms. It also contains a room dedicated to Atatürk, who studied in this building while serving as military academy between 1899 and 1905.

At the Military Museum, Janissary Takimi Mehter Band, the oldest military band in the world, offers a music concert, dressing their traditional uniforms. Open Wednesday to Sunday from 9:00 to 17:00. The ticket price is 4 TL.