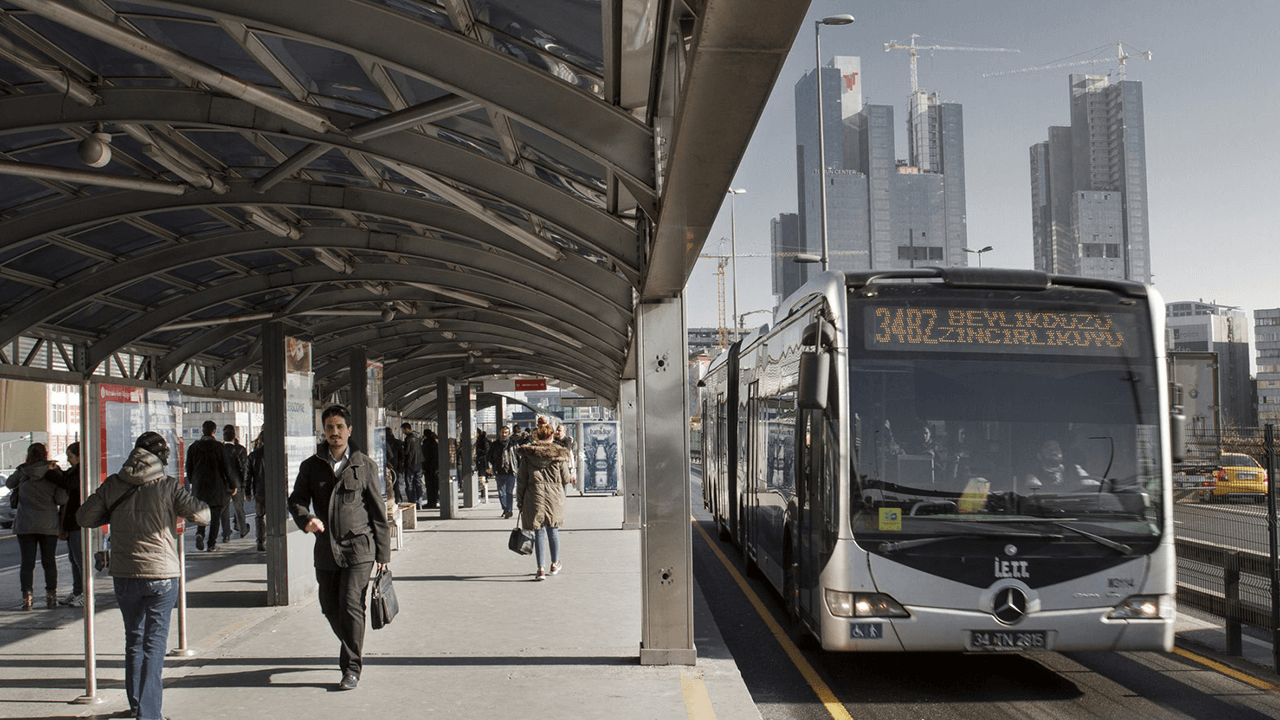 The Istanbul Metrobus is a rapid bus line that runs on its own lane in must of its route, so that the circulation is not affected by traffic. The Istanbul Metrobus system covers about 50 kilometers in a sort of ring to the city from Avcilar and Zincirlikuyu, on the European side, through the Bosphorus Bridge to Sogutlucesme, on the Asian side.

The first section of Metrobus opened in 2007, and its name was chosen by traffic agents themselves suggesting that this new transportation was a hybrid between bus and subway. In 2012, the Metrobus line was extended from Avcilar to of the residential suburbs of Beylikduzu, and has 45 stations on its route.

This transportation may have no interest to visitors, although it is allways very busy and used by locals for its speed and effectiveness in covering several distant areas of the city. For many tourists may be important because it is a very accurate combination of Metrobus-Metro to get to Atatürk International Airport.