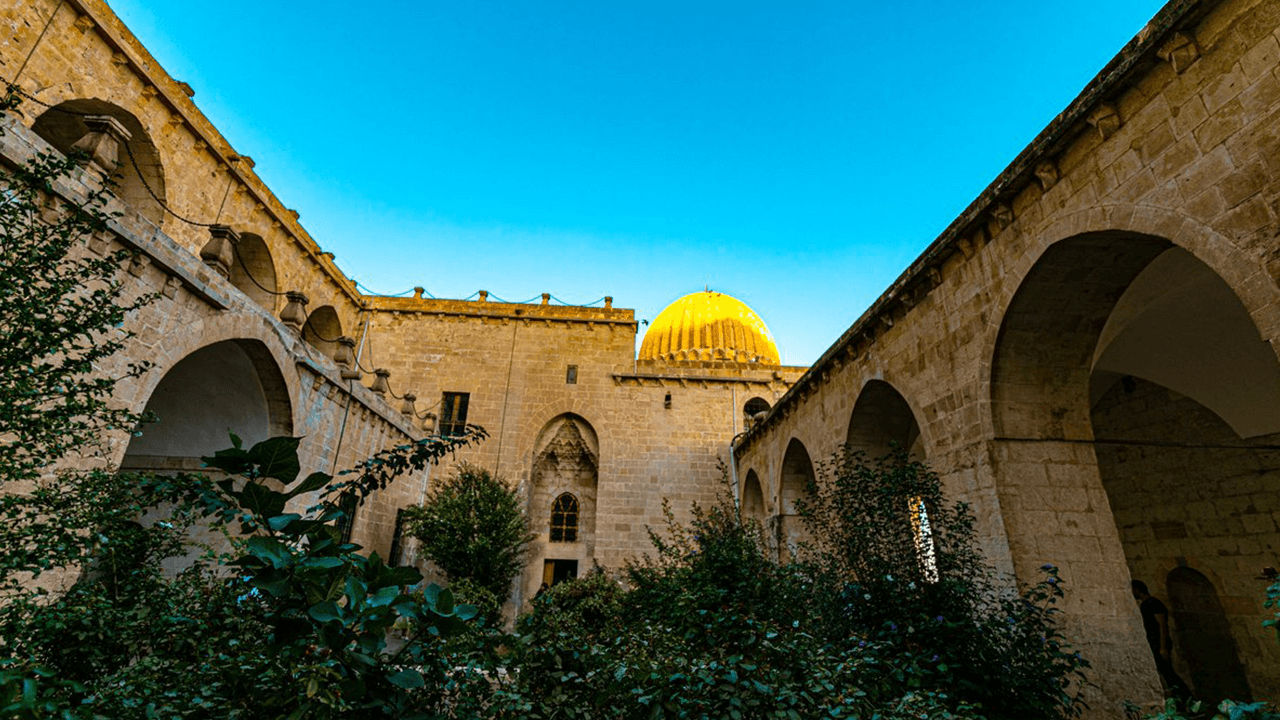 The citadel on top of the Ayasuluk hill is a Byzantine construction, later extended by the Seljuks. On the side of the hill there is the Mosque of Isa Bey, representing the period of the principality of Aydınoğlu and built by Isa Bey, grandson of the founder of the Principality.

This is the first known example in Anatolia of a mosque which has a patio and a pool, while columns and transept, so it becomed a perfect example of the succession of religions: pagan temple, Christian church and Muslim mosque.

The mosque is 51 X 57 meters and consists of two lateral apses covered by two domes in the center. The western facade is covered with marble and adorned with beautiful geometric designs and calligraphic inscriptions.

Inside, marbled also, we can find a mihrab and Pulpit, while the columns come from classical times, belonging to the ruins of the region. In the nineteenth century the mosque was also used as a caravanserai.