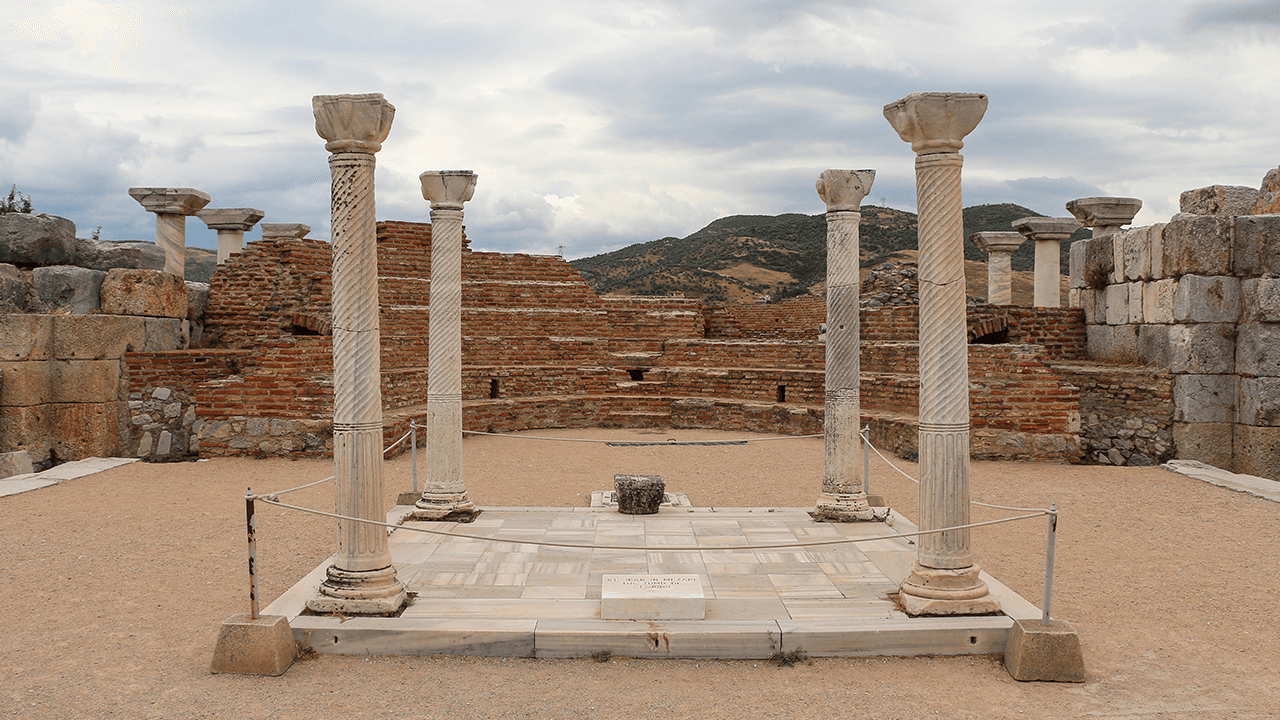 This is a typical Roman basilica, 160 meters long, located in the northern part of the State Agora, with a nave and three aisles. The Ionic columns of the basilica were adorned with figures of bulls’ heads, dating from the first century A.D.

The basilica was used for the Stock Exchange, commercial business meetings and even for the courts. It has three doors to a Stoa leading to the baths of Varius. The statues of Augustus and his wife Livia were in the east end and we can see them today at Ephesus Museum. It is believed that the church was rebuilt by Emperor Augustus but then destroyed by an earthquake.