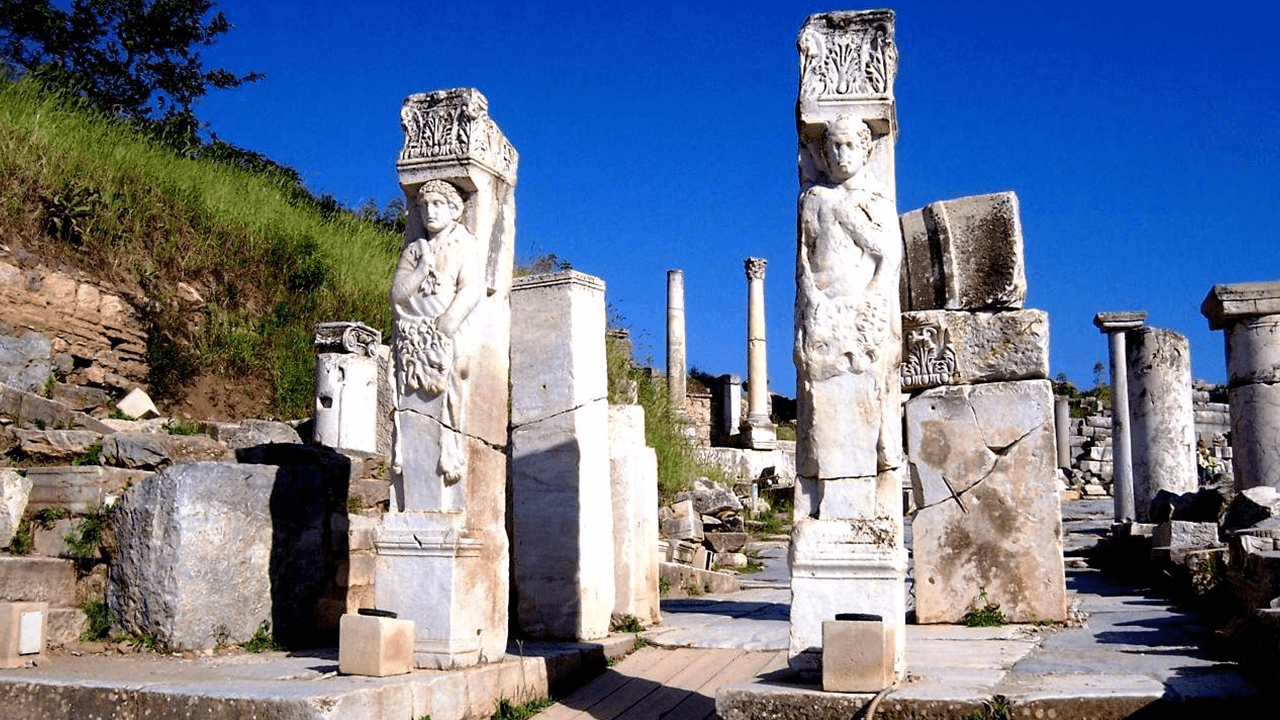 Located at the end of the Curetes Street, is known as the Gate of Heracles because the reliefs of the hero in it. It was brought from elsewhere, in the fourth century A.D., although its reliefs date back to the second century A.D.

Today there are only two sides of columns and other parts have not been found. Heracles Gate reduced access to the street, preventing the passage of vehicles, so we can understand that from the fourth century the street had become a pedestrian zone.

In the reliefs is depicted Heracles with the skin of the Nemean lion, which according to mythology, attacked the inhabitants of the area and had a skin so thick that nothing could penetrate it. Finally, Heracles fought a close combat with the lion, killing him by asphyxiation. Then he became the God of power and strenght.