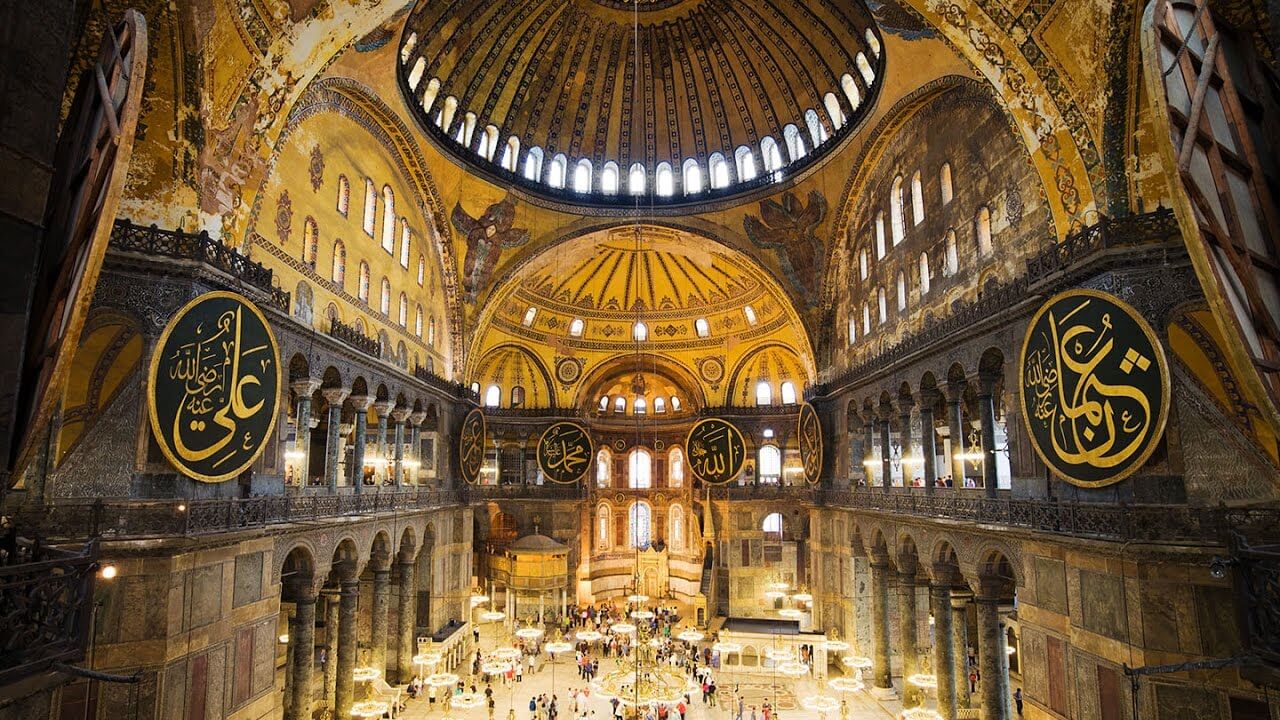 Hagia Sophia (“Ayasofya” in Turkish), is, because of its beauty, size, grandeur and functionality, one of the architectural wonders of the world, still preserved today.

It was the largest church built during the Eastern Roman Empire, ordered by the Emperor Constantius (Constantine’s son), and since then it has been built three times in the same place. 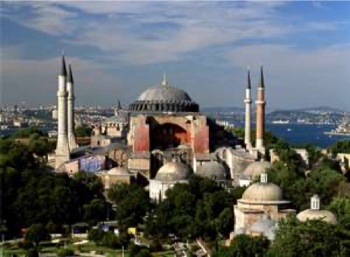 Since its creation in the year 360 to 1453, Hagia Sophia served as a Byzantine basilica. During this period it was destroyed twice (years 403 and 532, A.D.) by popular revolts and rebuilt by the emperors Theodosius II and Justinian. For 57 years it was converted into a cathedral for the Catholic Latin Empire, between 1204 and 1261, until the Byzantin restoration.

For the second reconstruction, Emperor Justinian demanded the best materials from all the Roman provinces, relics, staff and money, resulting in the large monumental work that we admire today, for what, as is said, employed more than 100 000 workers.

Sparing no resources, columns and marbles used in the structure were taken from ancient cities of Anatolia and surrounding areas. The white marble came from the islands of Marmara, green porphyry from Egriboz, pink and yellow Afyon from North Africa. The incredible building has also columns brought from the Temple of Artemis at Ephesus, as well as eight columns of Egypt, to support the vaults.

In 1453, Constantinople was conquered by the Ottoman Turks under Sultan Mehmed II, who after the fall of the city, quickly ordered the transformation of the church into a mosque. Then the altar, the bells, the iconostasis, and sacrificial vessels were removed, and most of the mosaics were covered with plaster. The building was added with Islamic architectural elements, such as the mihrab (niche), minbar (pulpit) and four minarets. For nearly half a century, Hagia Sophia, the most important mosque of Istanbul, served as a model for many other Ottoman buildings of its kind.

From the first of February 1935, on Mustafa Kemal Atatürk’s orders, the leader of the new Republic of Turkey, the mosque was converted into a museum.

The overall structure has a total of 104 columns: 40 in the lower floor and 64 in the upper gallery. Its walls were decorated with beautiful mosaics of gold, silver, terracotta, glass and colored stones, some of them can still be seen today.

Hagia Sophia became famous mostly for its massive dome, over 30 meters in diameter, with which the Byzantines “changed the history of architecture”. Until the completion of the Cathedral of Seville in 1520, Hagia Sophia was listed as the largest cathedral in the world.

Inside, truly peaceful and welcoming, decorative medallions stand, playing with light and monolithic columns in a main room of ample dimensions.

Like most of the emblematic and central places of Istanbul, we recommend arriving early, as the site is congested with tourists and long queues to enter. We suggest enjoying the views of the Blue Mosque from the windows of the second floor and not miss spinning your thumb and make a wish at the famous “sweating column” brought from the Temple of Artemis at Ephesus, considered by many as miraculous. 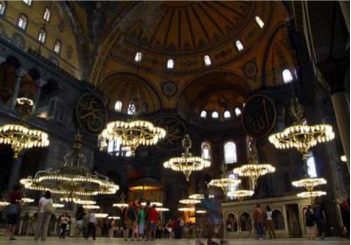 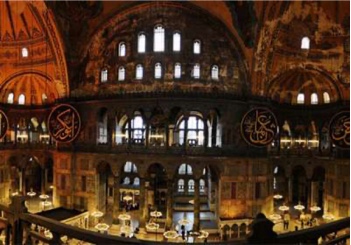