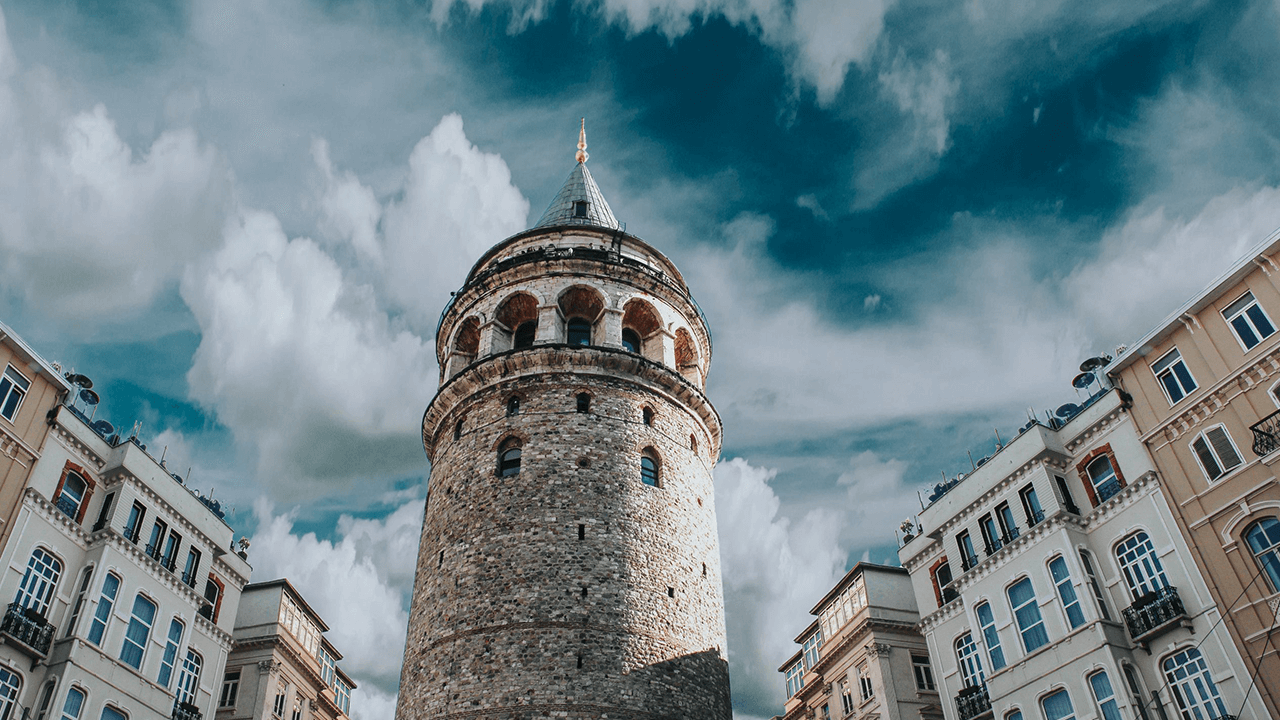 This tower, called by the Genoese the Tower of Christ, is one of the world’s Earliest. It is a medieval stone tower just north of the Golden Horn and is one of the most impressive monuments of the city. Shaped like a giant cylinder with a conical roof, the Galata Tower dominates the skyline and provides a panoramic view of Old Istanbul and its environs.

The tower was built in 1348 during an expansion of the Genoese colony in Constantinople and became the tallest building in Istanbul, the apex of the fortifications surrounding the Genoese citadel of Galata.

The current tower should not be confused with the old Galata Tower, a Byzantine tower originally called Megalos Pyrgos (Great Tower), which was attached to the north end of the huge chain lying on the sea that closed the entrance to the Golden Horn. This tower was on a different site and was mustly destroyed during the Fourth Crusade, between 1202 and 1204.

The upper section or conical roof was slightly modified in several restorations of the Ottoman period, when it was used as an observation tower for fire detection. But precisely the fire and a storm finally ended up destroying the roof that changed shape for the rest of the Ottoman period. It was not until 1967 that the original conical roof was restored and the wooden interior was replaced by a concrete structure.

This nine stories tower is 66.90 meters tall (62.59 without the detail of the top and 51.65 until the observation deck), and at the momenti it was built it became the tallest structure in the city. It has an outside diameter of 16,45 meters and 8.95 meters in interior diameter. Its incredible walls are 3.7 meters wide at the base but its thickness decreases towards the top.

Visit the Galata Tower will be another incredible experience in Istanbul. If you are walking touring the area, we recommend to walk across the Galata Bridge from Eminönü to Karaköy and hence take the historic funicular to Tünel area, where you will find the tower easily. At the top you can enjoy one of the best views of Istanbul. Even with a higher price, a good option is to enjoy dinner with entertainment and open bar on the top floor.

Tram: To Karaköy, T1 Line. There take the nostalgic funicular to Tünel.