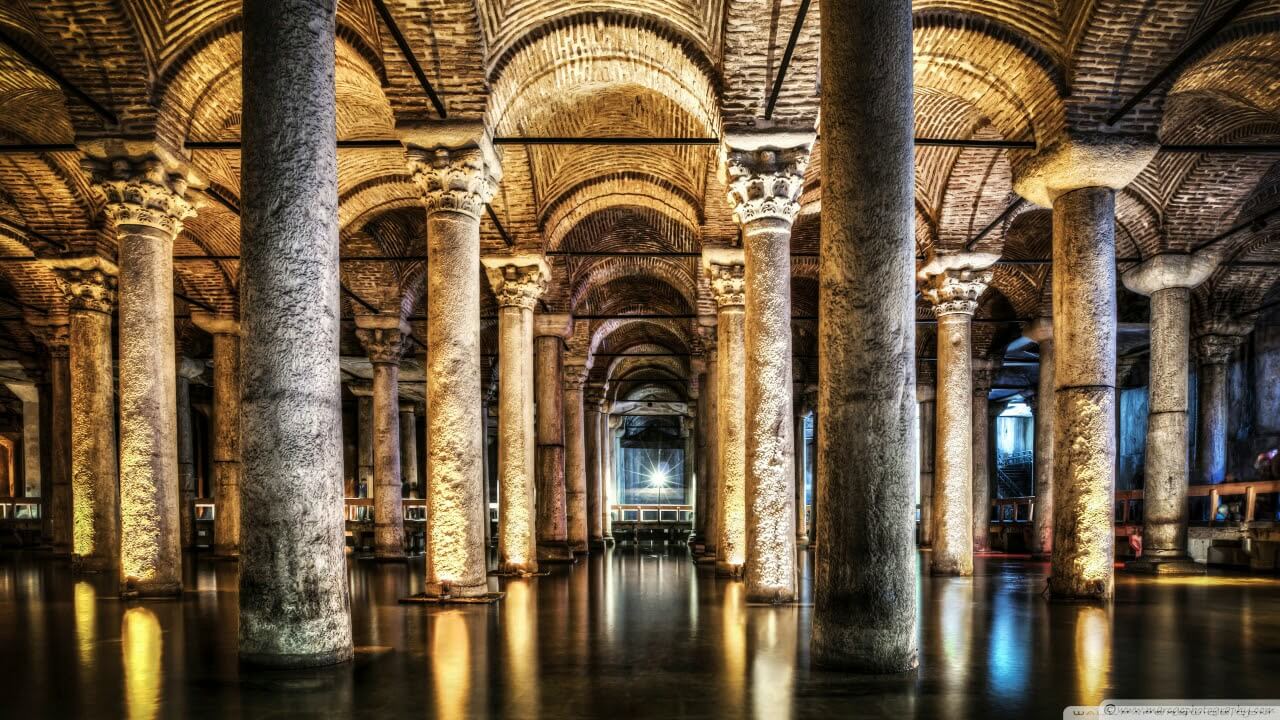 The Basilica Cistern was one of the several cisterns of Constantinople, created to store water in case of contingency. It is also called, for its beauty and magnitude, “Sunken Palace”. 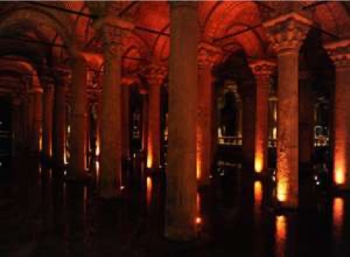 Built by order of Justinian I (527-565) in the basement of an ancient basilica which it was named for,  the cistern was destined to supply the Byzantine palace, with water that came from the Belgrade Forest, about 20 miles away, through the aqueduct of Hadrian and Valente, the latter still noticeable today.

The insides of the Cistern

Its estimated that the Yerebatan Sarnici (Turkish name), could store about 100 000 m3 of water in an area of 140 by 70 meters. Inside, there are 336 columns of 9 meters and different styles, from other buildings in the region.

Currently, in the visit to the site you walk on a wooden path built over a low level of water that still remains there and now have fish and some coins left by visitors as a memory. Until the end of last century, this ride was done in small boats.

Medusa in the Cistern

One of the main attractions of this place lies in a very peculiar fact: two of the many columns in the cistern are built on foundations of stone carved with the head of Medusa, the famous creature from Greek mythology who would turn into stone to anyone who stare at her eyes.

Several theories exist about the origins of these singular details but others just say that those who made it just tried to put a touch of grace in a place that, due to engineering needs, would be a solid rocky foundation.

Although in recent times it has begun to receive more and more visitors, Basilica Cistern, despite being located in the tourist area of Sultanahmet, hasn’t been one of the most popular and crowded places in Istanbul. To find the entry on the surface you should be paying attention, because it is a simple, little building that would not lead us to imagine what we will find below. Buried under the very historic and tourist area of the city, walking the wooden path in its moist, soft, almost dim, cool and friendly atmosphere, meet Medusa heads and enjoy a great architectural work, will undoubtedly be a great experience that certainly recommend. This is one of our favorite places in Istanbul. 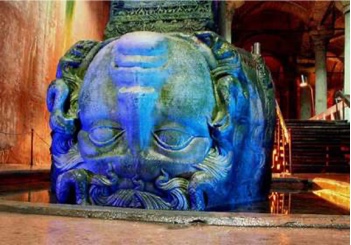 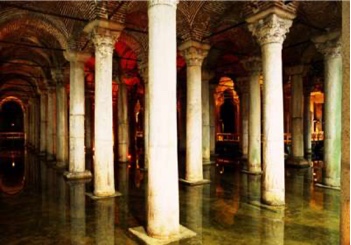 Yerebatan Cd, 2. (To the West of Haghia Sophia)