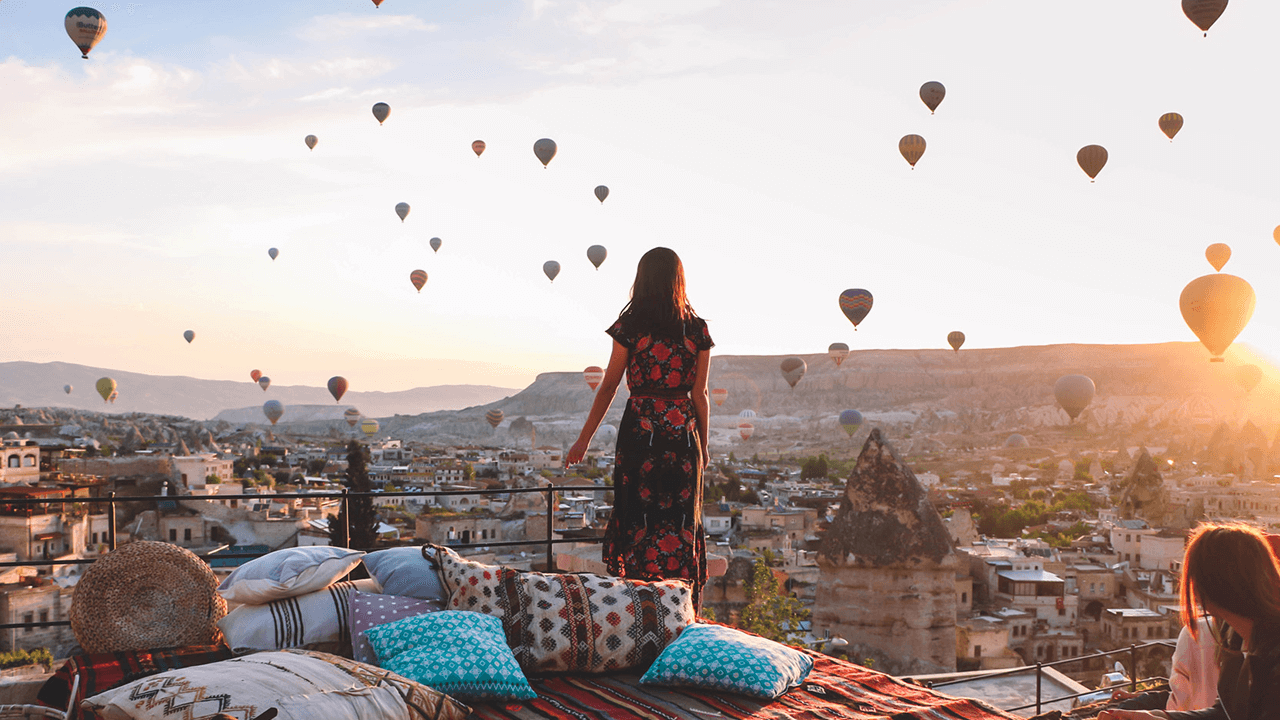 Nevsehir
Formerly known as Muskara, is the capital of the province of Nevsehir, in the Central Anatolia region.

Uchisar
Uchisar, rock-caved citadel, is the highest point in Cappadocia, visible from other cities in the region such as Avanos and Ürgüp.

Goreme
It spreads between the so-called “fairy chimneys”. It is a charming little village in Cappadocia, belonging to the province of Nevsehir and with a population of about 2500 inhabitants.

Urgup
Urgup is a village and district in the province of Nevsehir, very close to Göreme. It is known for its nightlife and its tourist options.

Avanos
Avanos is a town and district in the province of Nevsehir, famous for its pottery and carpets. It goes along the banks of the Kizilirmak (Halys River), one of the longest rivers in Turkey, about 1355 kilometers (842 miles) long.

Zelve
The old Zelve, once one of the largest communities in the region, was a whole carved village, a kind of honeycomb of small, secular, religious and living rooms.

Cavusin
The small village of Çavuşin is located on the road between Göreme and Avanos. Until the exchange of population that took place in the 20s, its population was mixed, with many Christian and Jewish families.

Ihlara Valley
Ihlara belongs to the province of Aksaray and is located about 40 kilometers from the city of Güzelyurt.

Mount Erciyes
It is located south of Kayseri and is the highest point in the Central Anatolia, in 3917 meters high.

Hasandag
Another volcanoe that contributed, with the Erciyes, to the formation of the peculiar landscape of Cappadocia was the Hasandag, located 30 kilometers to the south of Aksaray.

Caravanserais of Cappadocia
In Cappadocia there are several caravanserais (literally caravan palace, functioned as lodgings for the caravans of traders, stalls for animals, among other services), built with stones of volcanic rock.