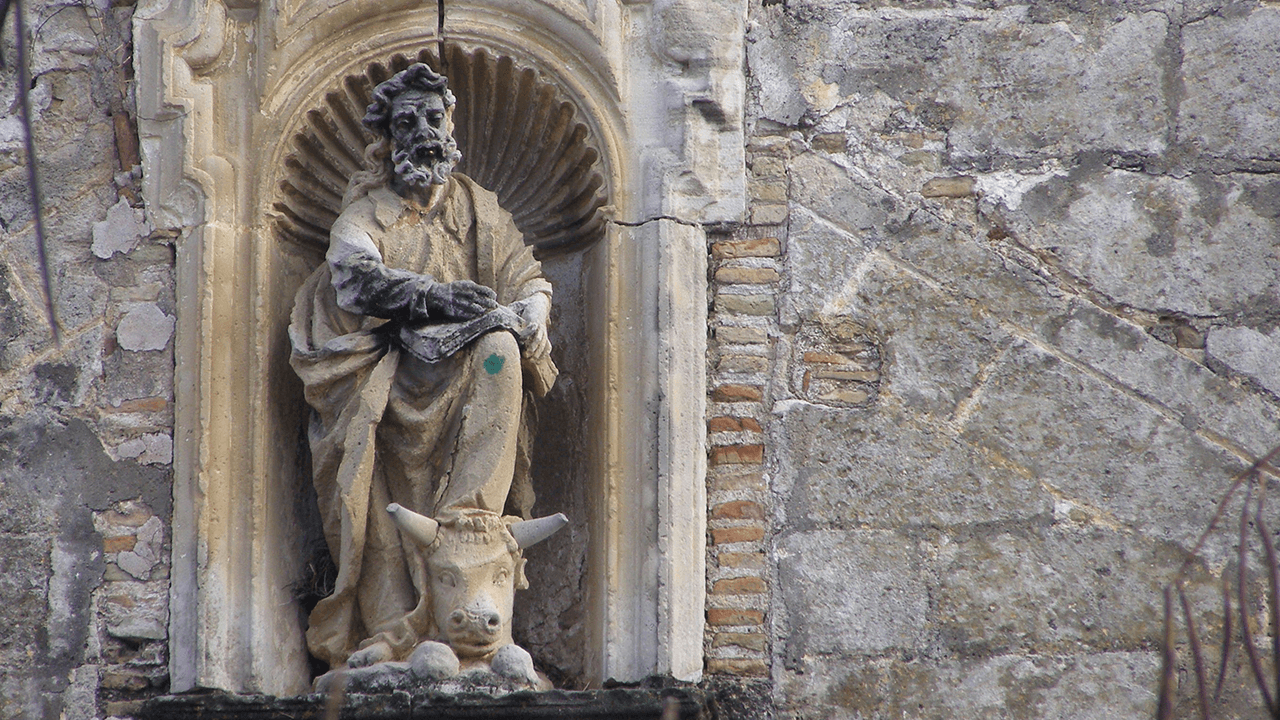 The Tomb of St. Luke

This site refers to the Apostle and Evangelist Luke, the author of the Gospel of Luke and a companion of the apostle Paul (Philippians 1:24, 2 Timothy 4:10-11). Luke was born in Antioch and in his youth he studied Greek philosophy, medicine and art and then traveled to Jerusalem and became a Christian.

In addition to his Gospel, Luke wrote the Acts of the Apostles. At his 84 the idolaters tortured him and hung him from an olive tree in the city of Thebes in Boethia. He is the patron saint of the medical profession and as is said he was a great painter, he also became a patron of artists, painters, sculptors and craftsmen.

Its symbol is the bull, the third symbolical beast mentioned by Ezekiel (1:10), a symbol of the sacrifice of Christ and the ministry, as noted by St. Irenaeus. Because of this symbolism, in Ephesus there is a circular building that is been called “Tomb of St. Luke” that shows a carved bull at the entrance.