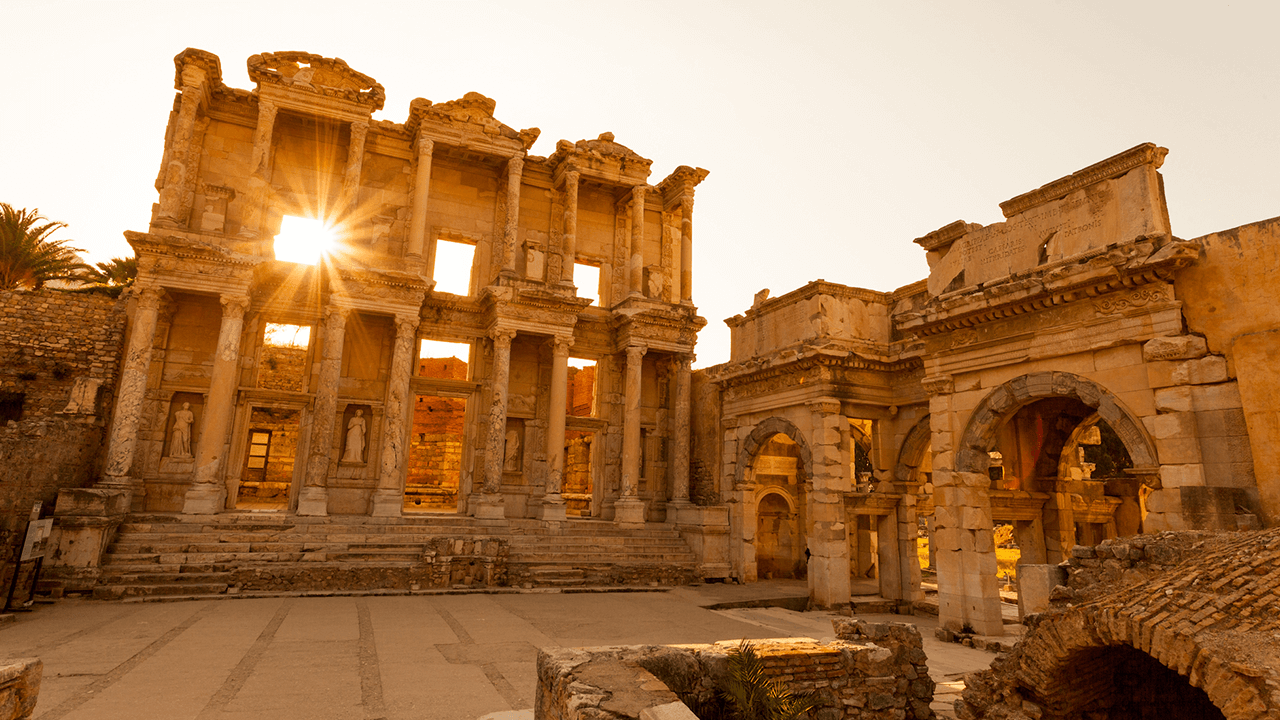 South of the Basilica you will find the State Agora, built by the Romans in the first century B.C. This place was not used for trade, but rather for business, while playing an important role as a meeting center for government discussions.

During the excavations, in the northeast corner of the Agora was found a large number of tombs of the seventh and sixth centuries B.C., as well as a paved road and an archaic terracotta sarcophagus, from which it follows that in the archaic period this part of Agora also acted as the Necropolis of Ephesus.

In one of the corners there was a well, whose water was brought to the city through Pollio Aqueduct, whose remains can be seen about 5 miles along the Selcuk-Aydin road.

The Agora is 160 x 73 meters, with stoas on three sides and a temple in the center, dating from the first century A.D. Surrounded by ten columns on the long side and 6 on the shorter side, this temple was dedicated to Isis and collapsed during the reign of Augustus and was not rebuilt product of Emperor’s loathing towards every Egyptian thing. In the temple there were a group of statues describing the legend of Odysseus and Polyphemus that today can be seen in the Museum of Ephesus.