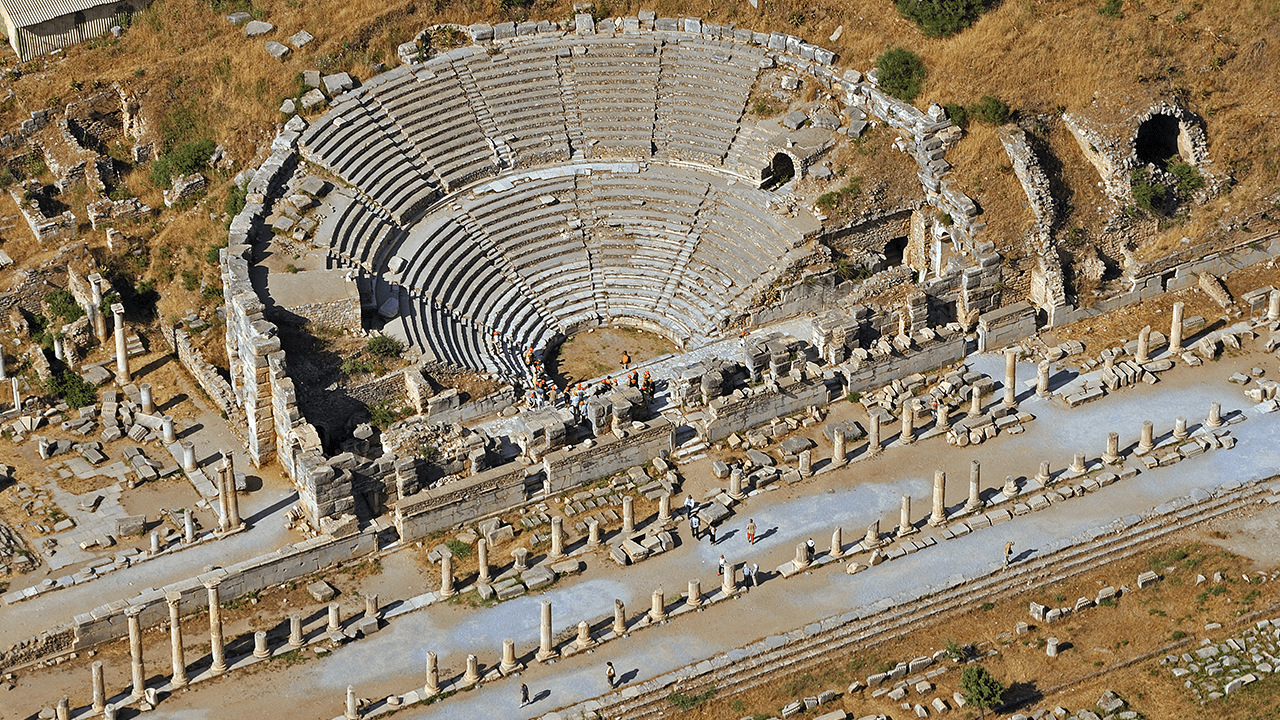 Located north of the Magnesia Gate, this building was actually a complex of baths and a gymnasium built approximately in the second century A.D.

At the entrance there was a conference room (arena). During the excavations, here was found statues from the healing god Asclepius, Aphrodite, Dionysus, Pan and Hygeia, which today can be seen in the Izmir Archaeological Museum.

In the center, its structure had huge bath, surrounded by vaulted corridors for physical exercises, games, talks and walks after the baths.

On the Hellenistic city wall, east of the conference hall, a church was built in the late IV or V. Later, it became a full three-aisled basilica with narthex and arcades. Most of the soil surface was covered with decorative tiles. This church was abandoned after the fire of seventh century A.D.