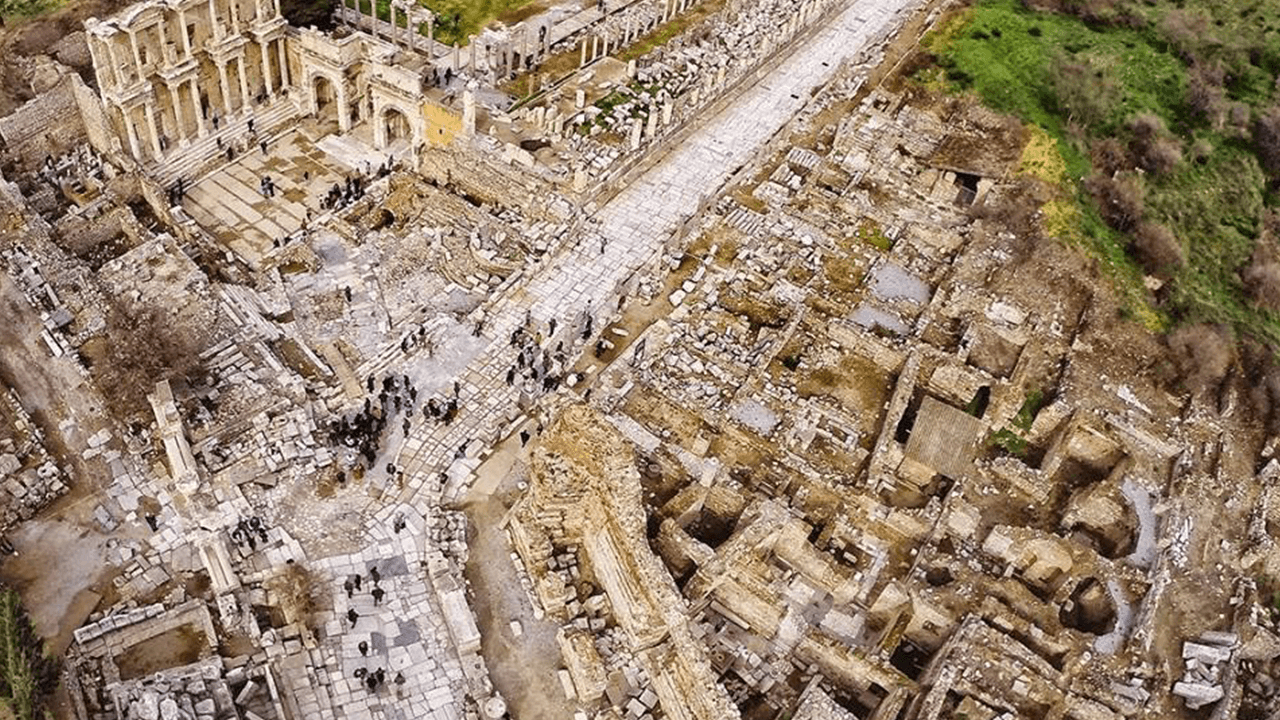 The Hellenistic wall of at least 9 miles long, was built under the reign of Lysimachus, in the third century B.C. Today more than three kilometers remain very well preserved in the Mount Bulbul and the road to the House of the Virgin Mary.

There were three entrances to the city, The Magnesia Gate (on the way to the House of the Virgin Mary), Koressos Gate (in the back of the stage) and the Harbor. Strabo, one of the most celebrated historians and chroniclers of antiquity, wrote that the wall was 2.5 to 3 meters thick and was fortified with watchtowers.

There is a strong tower, very well preserved, which has been called “Prison of St. Paul”, near the old harbor of the hill. According to the Bible, Paul went to Ephesus on his third missionary journey where he found followers of John the Baptist and baptized them in the name of Jesus Christ. By putting his hands on them, they were illuminated by the Holy Spirit and began to speak in old, different languages and prophesies. Later, after a speech that caused great uproar, the Apostle decided to leave town but the History says he was captured and held in this tower before being sent to Rome for trial.