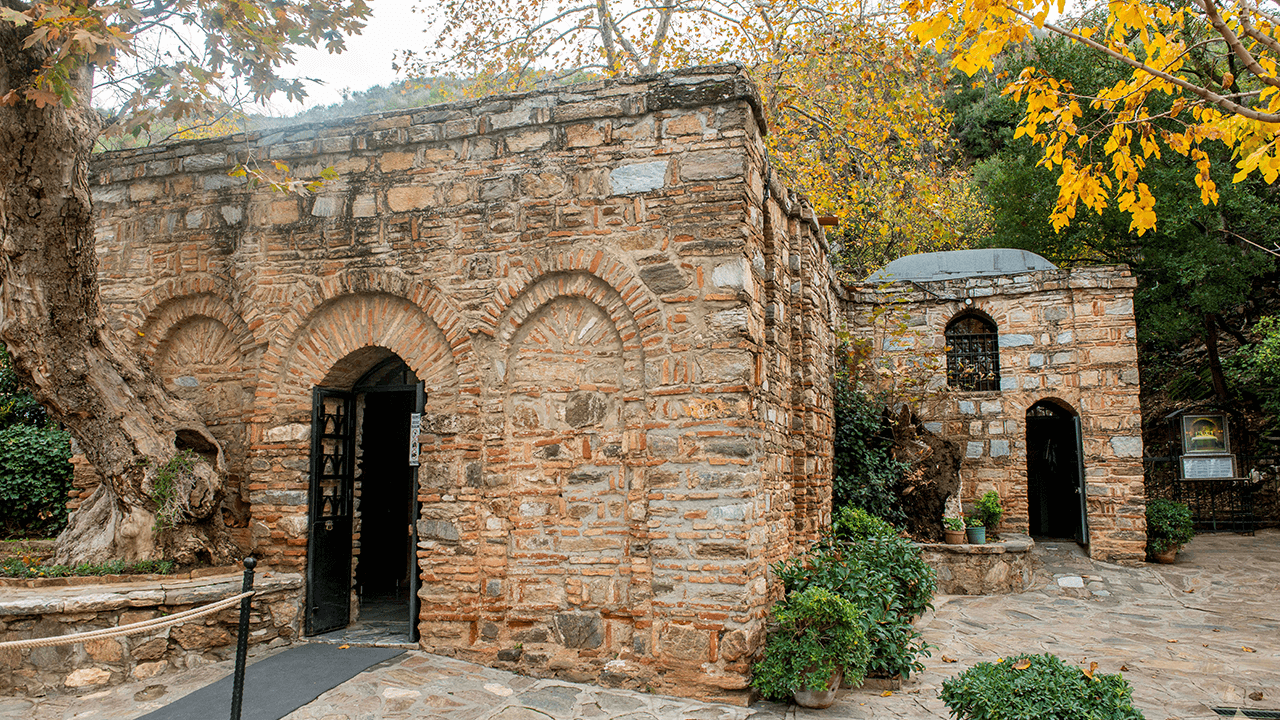 This Roman building dating from the second century A.D., was also known as the “Hall of the Muses”. It was used as an educational and cultural center and once that Christianity was adopted as the official religion of Rome, it became a Basilica, the first church dedicated to the Virgin Mary in the world.

This church had 260 meters long and was built in columns as a fine basilica with a baptistry. Being a part partially destroyed, the western section formed a basilica with a dome, and after this one was also destroyed because of time, the eastern part of the old basilica became a new church. That is why it is known as “double Churches”. The baptistery is the best preserved one in Asia Minor.

The Third Ecumenical Council, or Council of Ephesus was held in this city in the year 431 under Emperor Theodosius II, grandson of Theodosius the Great. 200 bishops attended and discussed the divinity of Christ and the Virgin Mary. Nestorius (380-451), the founder of the school of Antioch and the Patriarchate of Istanbul, rejected the divine nature of Christ and claimed that so Mary was not the mother of God, but the mother of a human being. The school of Alexandria, on the other hand, appealed to the traditional mystical vision that Mary was the mother of God, so that in the end Nestorius was exiled. It was at this council that it was finally decided that Christ had a dual nature, as God and man, and the Virgin Mary was the “Theotokos”, the bearer of God.