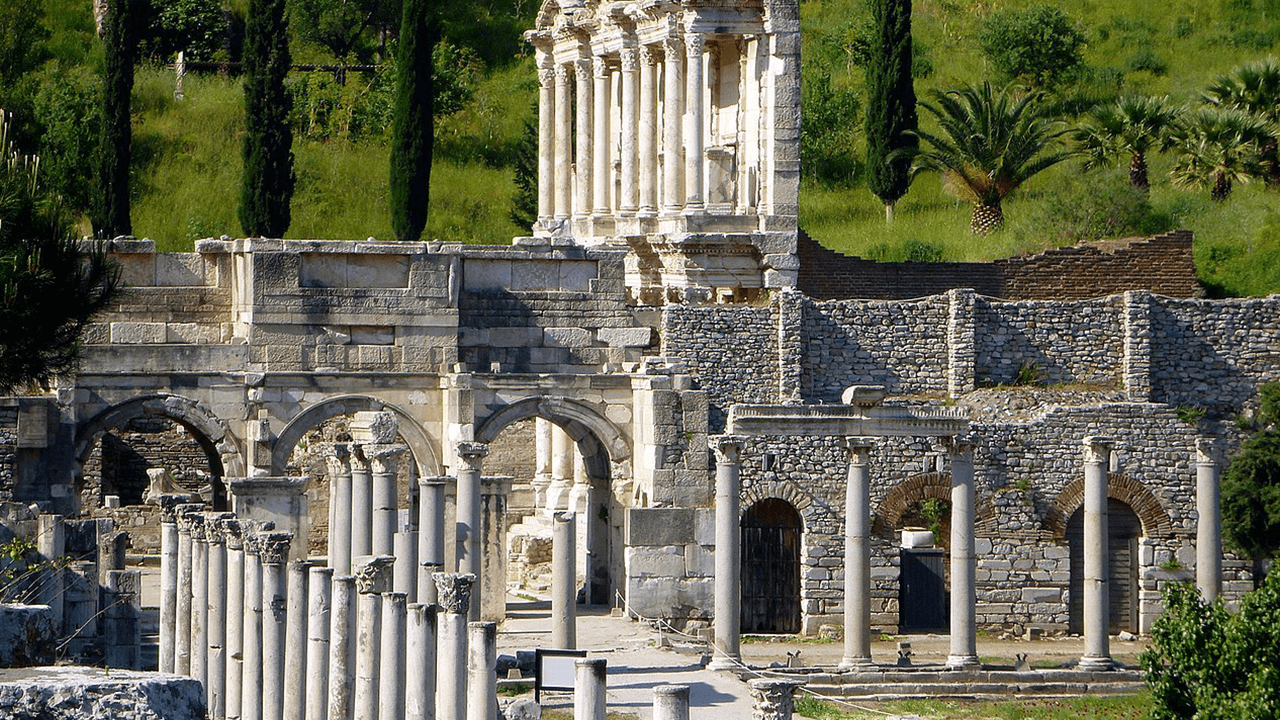 This street runs from the Harbour Baths to the Grand Theatre. Entering the port, traders and sailors were arriving to the city through this way, so it had a gorgeous design, with marble slabs and colonnades.

It was built in the Hellenistic period, but restored during the reign of Emperor Arcadius (395-408 A.D-), from whom it took its current name. The street was about 530 meters long and 11 meters wide, and both sides were full of shops and galleries, with monumental arched doors. It also had four higher columns with four Apostles statues at the top.

It was one of the three illuminated streets at that time, along with Rome and Antioch. 50 lamps lighted their colonnades and the water drainage channels were below the marble tiles.

The first building near the Theater is called the Theatre Gymnasium and is a building of the second century A.D., with two stories and numerous rooms that were used especially as sports centers.

At the entrance of the harbor, along the Arcadian Way, stood the Harbor Baths, built in 2 B.C., and also known as “The Baths of Constantine”, as they were repaired under the mandate of that emperor. This was one of the largest buildings in Ephesus, 160 meters wide, 170 long and 28 meters high.