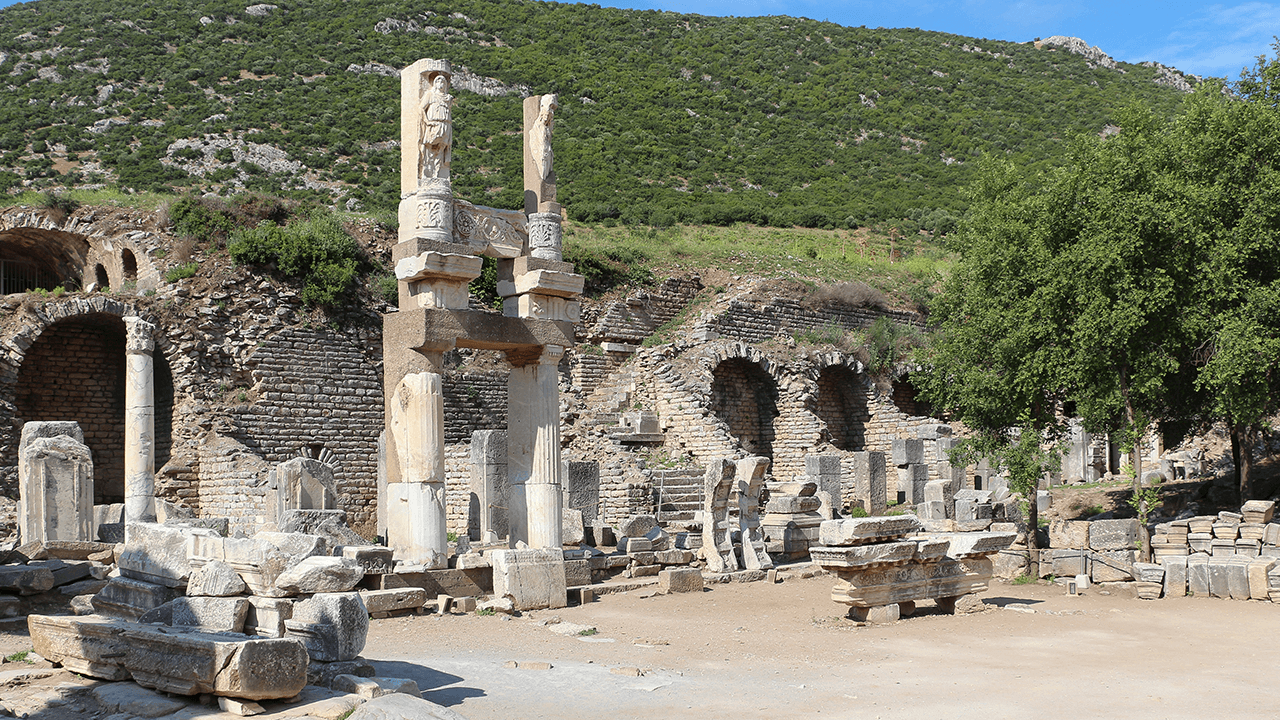 Located at the southern end of Domitian Street, it is the first structure in Ephesus dedicated to an emperor. It was built on a large terrace and over vaulted foundations of 50 x 100 meters. The northern part of the facade should have being two stories high, with stairs appreciable today.

The temple was built in a professional style, with eight columns on the short side and thirteen columns in the longest as well as four additional columns in the front. On the north side there was a U-shaped altar, now displayed at the Museum of Izmir.

It was during the reign of Domitian that an emperor gave permission to build a Temple to the Emperor, this was the permission to hold the “neocoros” for the first time, which was a great honor for the city.

When the unpopular emperor was murdered by his servant, the people quickly took vengeance and erased his name from many inscriptions. However, in order not to lose their status as “neokoros”, the Ephesians dedicated the temple to Vespasian, Domitian’s father.