The old Zelve, once one of the largest communities in the region, was a whole excavated village, a kind of honeycomb of small secular, religious and housing rooms. Here Christians and Muslims lived together in peace until 1924, when took place the population exchange with Greece. 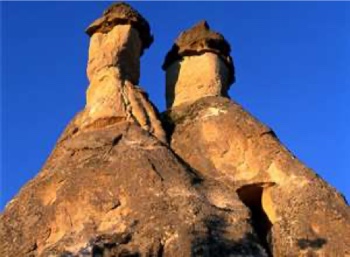 Subsequently, Muslims started moving as well, fearing an imminent collapse of the ancient houses in the rocks. Since the 50’s the inhabitants started moving and built a new modern villa nearby, which they called “New Zelve“.

The old village of Zelve is today a sort of ghost town where erosion is doing its job. However, the valley and old locations can be visited today, in what has been called the Open Air Museum of Zelve, where a visit is really worthy.

Next to the amazing Zelve is Pasabag, a place with, probably, the must striking and beautiful fairy chimneys in Cappadocia, some with more than two layers of rock. 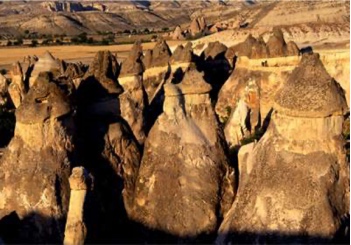 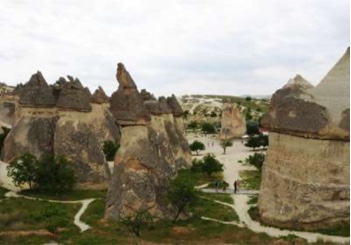