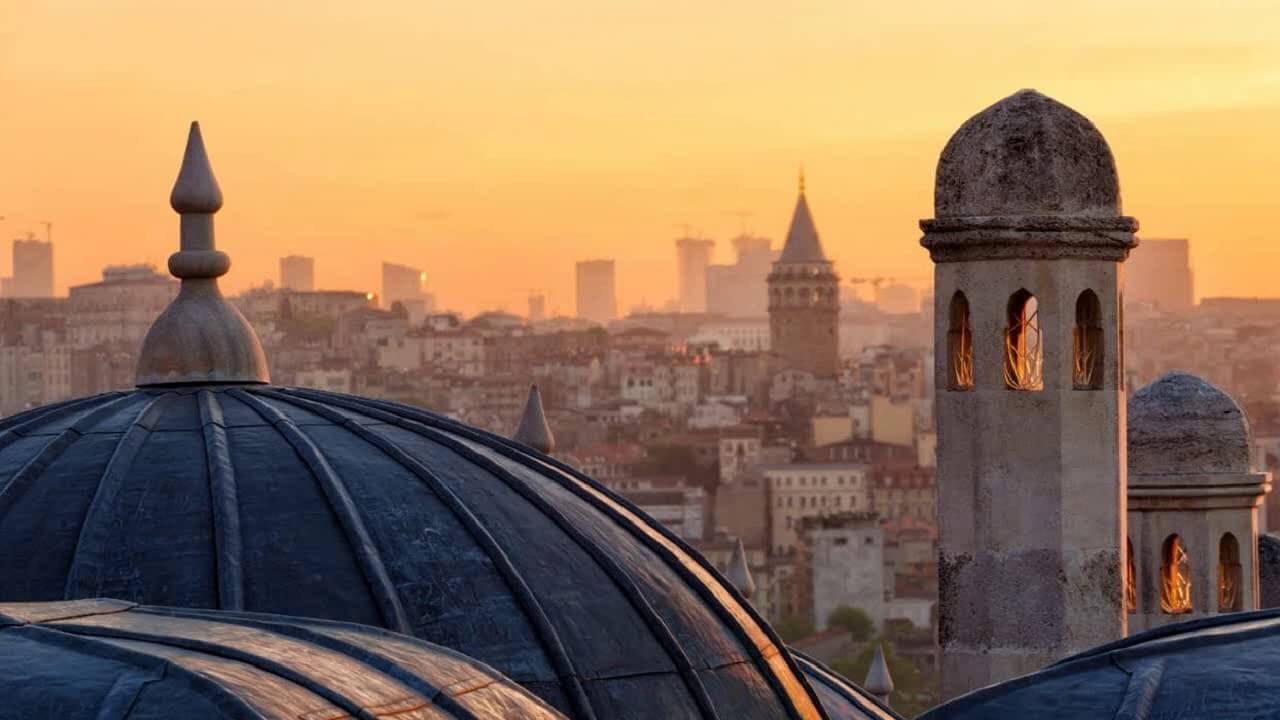 In Istanbul there are hundreds of places to visit, with a great history and beautiful architecture. Among them we suggest our favorite places, which are generally among the most popular and are definitely a must-see for all who come to Istanbul:

Haghia Sophia
Hagia Sophia is the most known and widespread image of Istanbul. It is a masterpiece of Byzantine art that after three building terms as a church was converted into a mosque in 1453 by Sultan Mehmet II, after taking Constantinople.

Blue Mosque
The Blue Mosque is the most famous mosque of Istanbul and the only one with six minarets. It got its name from its incredible interior works with blue Iznik tiles, giving the place a lovely, distinct atmosphere.

Topkapi Palace
The Topkapi Palace is the best reflection of the greatness that reached Constantinople. From there the sultans ruled the Ottoman Empire until the mid-nineteenth century. The palace covers an area of 700 thousand square meters.

Basilica Cistern
Without being one of the most popular visits, the Basilica Cistern (or Sunken Palace) is among our main recommendations. This underground cistern is the size of a cathedral and has two carved columns bearing the face of Medusa.

Galata Tower
Occupied by Sultan Mehmet II during the conquest of Constantinople, Galata Tower is one of the oldest towers in the world. In his first period, it made a lighthouse function. It has nine floors and 65 meters high. The views from the lookout are a must!

Grand Bazaar
The Grand Bazaar of Istanbul is one of the largest and oldest indoor bazaars in the world, with 60 streets, alleys and more than 4000 stores. Visit Istanbul means visiting the Grand Bazaar, with patience and good humor, talking to their vendors, enjoying their lamps, pipes, hookahs, jewelry, furniture, clothing, ornaments and souvenirs of all kinds, and walking through its labyrinthine streets.

Gülhane Park
This is an excellent place for a break after all the walking and visits in the Sultanahmet area. You will appreciate de peace and harmony in this park. It’s a good choice for children too.

Dolmabahce Palace
From 1856 to 1922, Dolmabahce Palace became the official residence of sultans, replacing Topkapi Palace. It was built in a western style,  with a cost of 35 tons of gold.

Galata Bridge
The Galata Bridge, located on the Golden Horn, links with its 490 m length the neighborhoods of Eminonu and Karakoy, and is a symbol of the city.

Taksim Square
Located in the center of the European part, is known as the heart of modern Istanbul. It hosts the Monument of the Republic and is a hub for transportation, holiday celebrations, congregations and marches.

Eminonu
Eminonu is a historic neighborhood, in the former heart of ancient Byzantium and Constantinople. You can reach Eminonu by all possible means: is on the route of the tram, bus stops in all directions, ferry station, subway and a beautiful old train station.

Café de Pierre Loti
Located on the highest point of the hill of Eyup Cemetery, from this place and tasting the famous Turkish apple tea, you would appreciate fabulous views across the Golden Horn and the city in general. You can access Pierre Loti walk through the cemetery or through a cable car near the famous Eyup Mosque.

Kadikoy
Kadikoy, sits on the ancient Chalcedon, is a large district of Istanbul, populous and cosmopolitan, situated on the north shore of Marmara Sea, crossing the Bosphorus. Kadikoy is also the name of the most prominent neighborhood of the district, a residential and commercial area with numerous bars, cinemas and bookstores, that is the main cultural center of the Asian side of Istanbul.

Prince Islands
The Prince Islands are a chain of nine small islands in the Sea of Marmara, near the coast of Istanbul, which constitute the district “Adalar” (Islands) of the province. Although it has nine islands, four of them, the largest and most populated, are often the most known and visited: Buyukada (Big Island of 5,46 kilometers) Heybeliada, Burgazada and Kinaliada.

Other interesting places in Istanbul

In addition to these sites there are many more, old neighborhoods, markets, museums, squares and other activities such as cruise through Bosphorus and the Golden Horn.