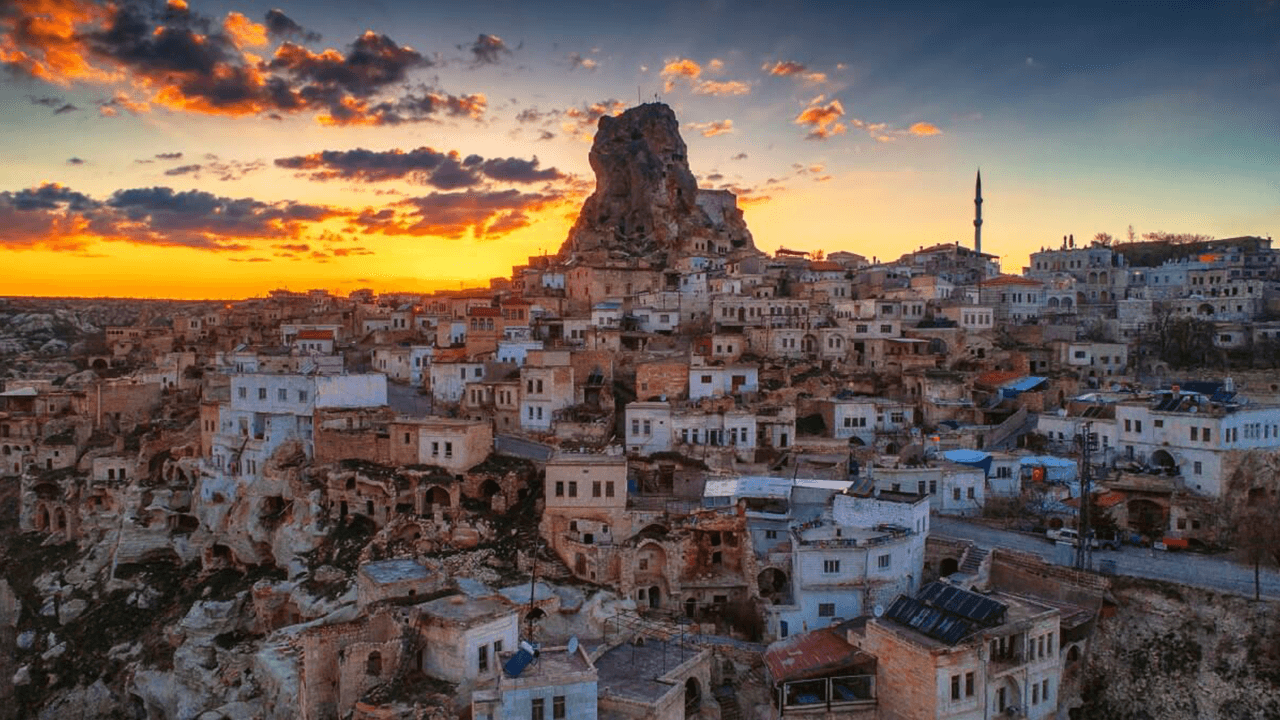 Uchisar citadel, excavated in the rock, is the highest point in Cappadocia, visible from other cities in the region like Avanos and Urgup. 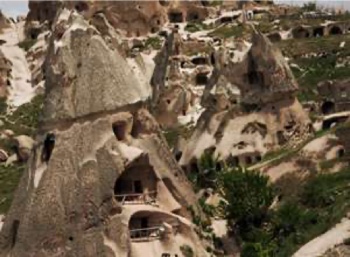 Uchisar has numerous hotels, hostels, rentals and rooming houses, some of them with carved rooms. It is a charming village near the ancient fortress and has one of the most spectacular landscapes of Cappadocia.

In the 1950s, the authorities moved residents out of the old castle on the rock preventing a collapse that actually occurred soon after, especially in the called “Aga’nın Konagı”, a palatial house.

Today tourists can go inside the castle to the to enjoy the magnificent views from the top, about 1350 meters above sea level. 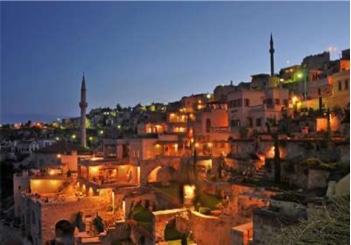 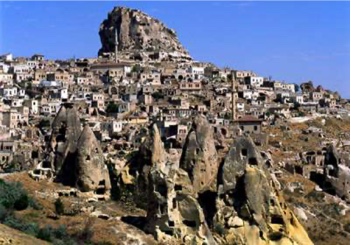