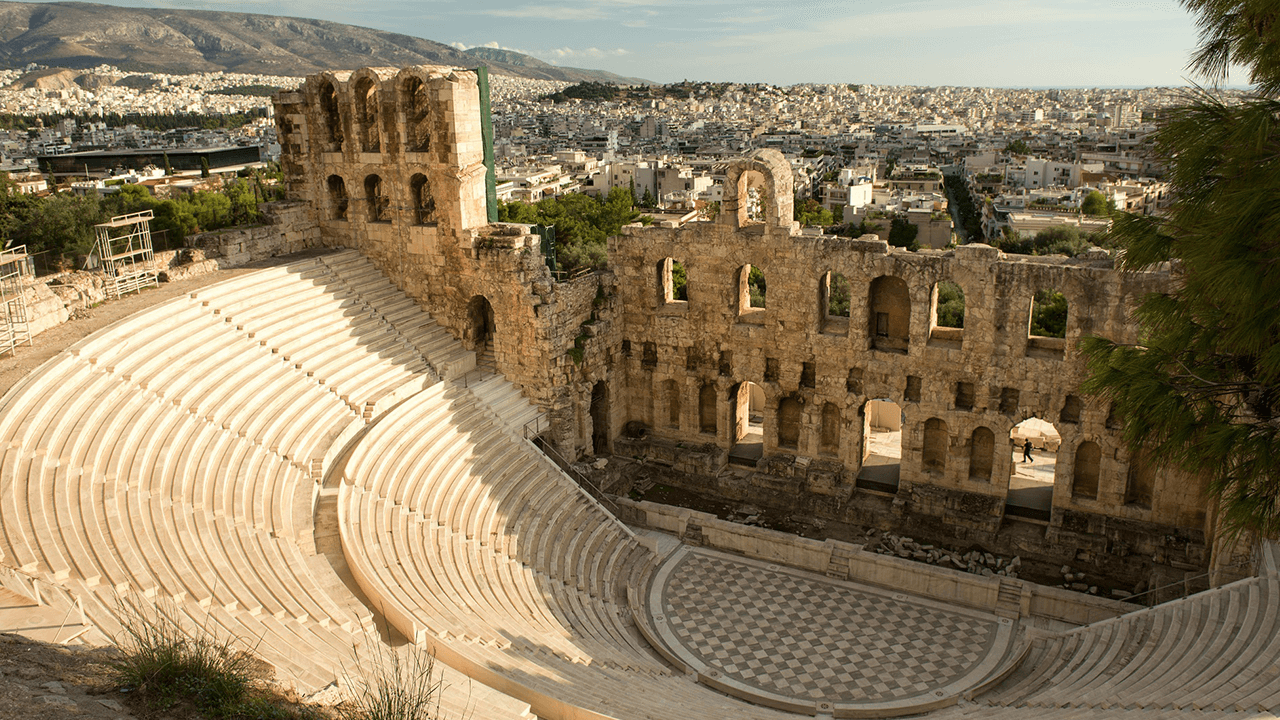 This building is shaped like a small theater, with a stage, orchestra seats, and with a dual function. It was first used as Bouleterion for Boulea meetings or Senate and also used as a concert hall.

It was built in the second century A.D. by orders of Publio Vedio Antonius and his wife Flavia Paiana, two rich citizens of Ephesus. It had a capacity for 1,500 spectators.

The podium was narrow and located one meter above the orchestra section, while the scenario had two floors and was decorated with columns. The Odeon used to be closed with a wooden roof.

Ephesus was administered by two major councils: the Demos or Parliament open to the public and which met at the Grand Theatre and the Bouleia, who did it in the Odeon. Bouleia members were chosen among the Ephesian aristocracy and here they discussed the most important issues of the city.