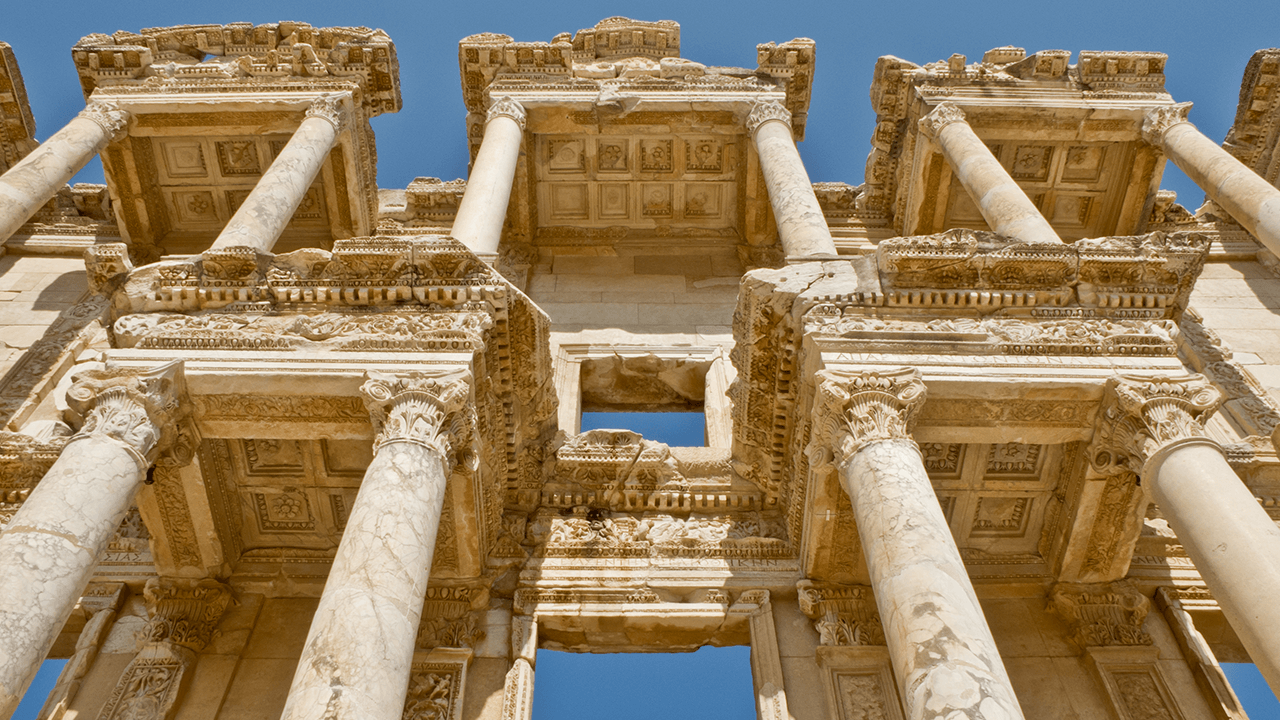 The Celsus Library was completed in the 135th, by order of Gaius Julius Aquila, who dedicated this site to the memory of his father Gaius Julius Celsus Polemaeanus, the proconsul of the Asian province, who was buried here in a marbled tomb inside a burial chamber with a special permit requested by his son, as such burial was against Roman rules.

The facade consists of two floors with three entrances on the ground floor and three window openings on the top floor. The columns on one side of the facade are shorter than the central ones, giving the illusion that the building is high to low. The three entrances are flanked by four niches with statues representing the virtues of Celsus: Sophia (wisdom), Arete (Value), Ennoia (Thinking) and Episteme (knowledge). It is believed that the semicircular niche on the ground floor facing the central portal contained a statue of Athena. Although no remains have been found, it is believed that there was an auditorium for lectures or presentations between the library and the marble road.

Towards the end of the period when the city was inhabited, the interior was destroyed and the facade of the building was used as part of a shrine, when marble slabs were also used, belonging to the Parthian Monument, built to commemorate the victory of Lucius Verus over the Parthians. These slabs are now exhibited in the Ephesus Museum in Vienna. Between 1973 and 1977, a reconstruction of the facade of the Library, earthquake proof, was completed.