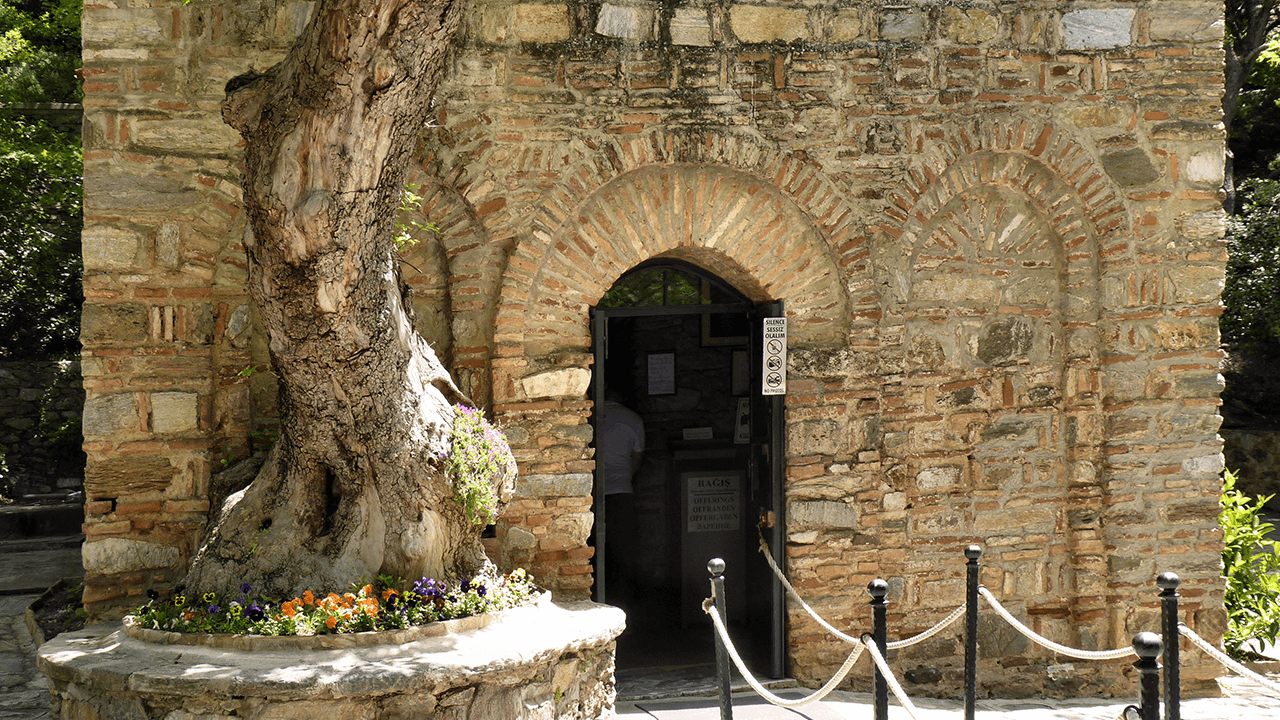 Today it is a fact that the Virgin Mary went to Ephesus and lived there for some time, being this place or not her final resting place.

But this passage was unknown until the stigmatic German nun Anne Catherine Emmerich, who had never visited Ephesus, had a vision of the House of the Virgin Mary, described in detail then by the German writer Clemens Brentano, who later published a book on the subject. Catherine Emmerich died in 1884. In 1891, Paul, leader of the Vincentians of Izmir, read about this vision and found a small building that corresponds to the descriptions of Emmerich. Archaeological evidence shows that the house was from the sixth century but its foundations belonged to the first century.

Five years later this place was officially declared a sanctuary of the Roman Catholic Church and since then has become a popular place of pilgrimage. Pope Paul VI visited the shrine in 1967.

In its outdoor areas there is a singular “wall of wishes”, in which the pilgrims hang their personal requests on paper or fabric. Nearby there is a well, whose waters, for some ardent followers, have healing powers.