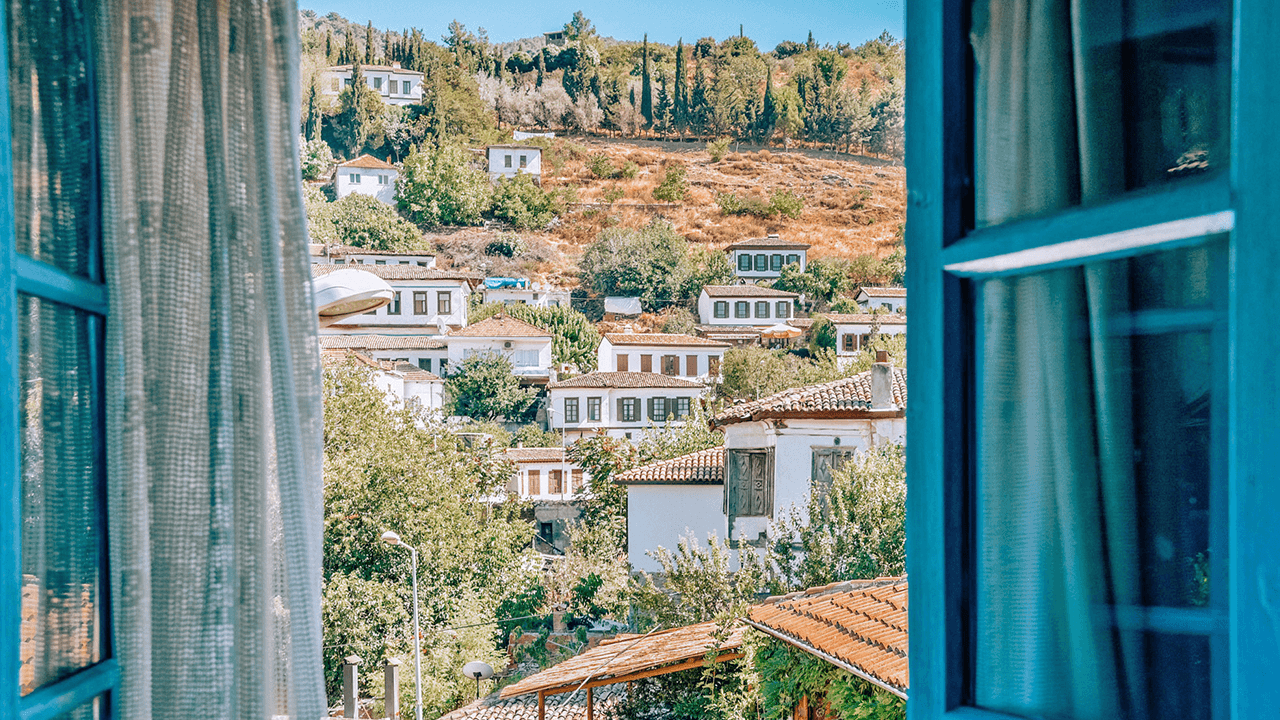 This Orthodox town, pretty old and away from Ephesus, was formerly Cirkince (ugly), name given by the inhabitants to keep away foreigners and outsiders from their surroundings.

However, after years, visitors understood that the village was not ugly at all and called it Sirince (“pretty”). As the village is situated on top of a mountain, anyone will enjoy the impressive wine yards and the peach trees on the road.

Currently the village is a perfect synthesis of the Turk-Greek culture from the 20s: after the Turkish War of Independence, there was a population exchange between Greece and Turkey and all the typical Greek houses, while still keeping their facades and original structures have been redesigned and redistributed inside for the new Turkish locals. The most beautiful specimens are open to visitors and in the courtyard of one of them you will find a nicely restored Orthodox church.

The narrow streets of the village are taken by women in creating and selling crafts of all kinds, as well as olive oil and other local products such as wine, that you can taste in small cafés or in what was the former municipal school, now a Cultural Center. Though Sirince has significantly increased its tourist life, it has been able to preserve its authenticity and the sense given by its original name.