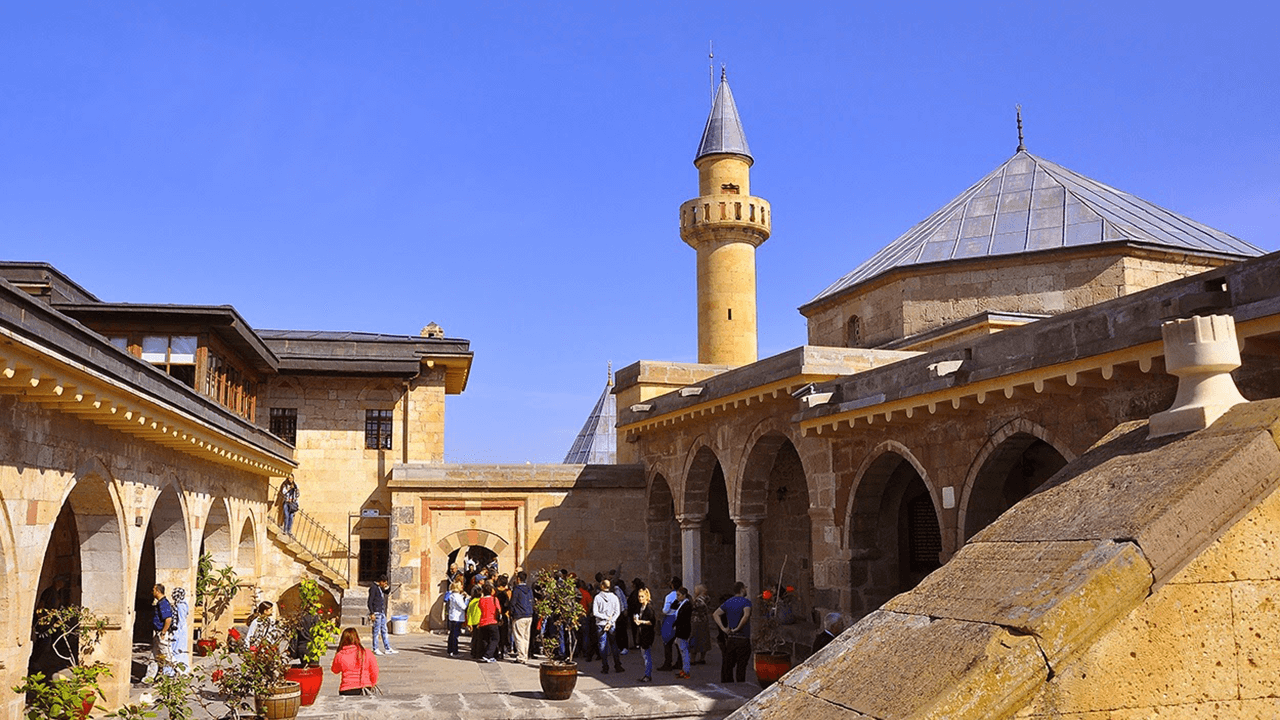 Haci Bektas-i Veli was born in Nisabur, Khorasan, and was an important Islamic philosopher. First settled in Suluca Karahoyuk, known as Hacımkoy in Kirsehir, but after his trips to central Anatolia, he adopted the culture, customs and traditions of the region and earned the appreciation and respect of the people.

When the Ottoman Empire ruled over Anatolia, Haci Bektas-i Veli played an important role in the unification of the peninsula and created a school where trained many disciples and students, with an outstanding participation in the education of the Janissaries. After his death and in his honor, the town’s name was changed to “Hacibektas“. Every August, thousands of Sufi followers gather in the village and perform ceremonies to honor him.

Haci Bektas Complex has three basic sections, each built around a central courtyard. The third courtyard includes the marble Mausoleum of Haci Bektas-i Veli and in the vicinity there are some dervish graves. Visitors can also tour the refectory, a hamam, the guest house, the mosque, the kitchen and the living room where sacred ceremonies were held. 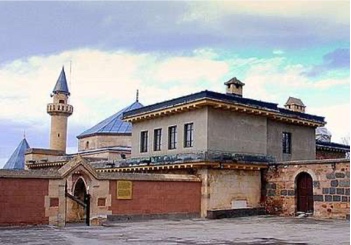