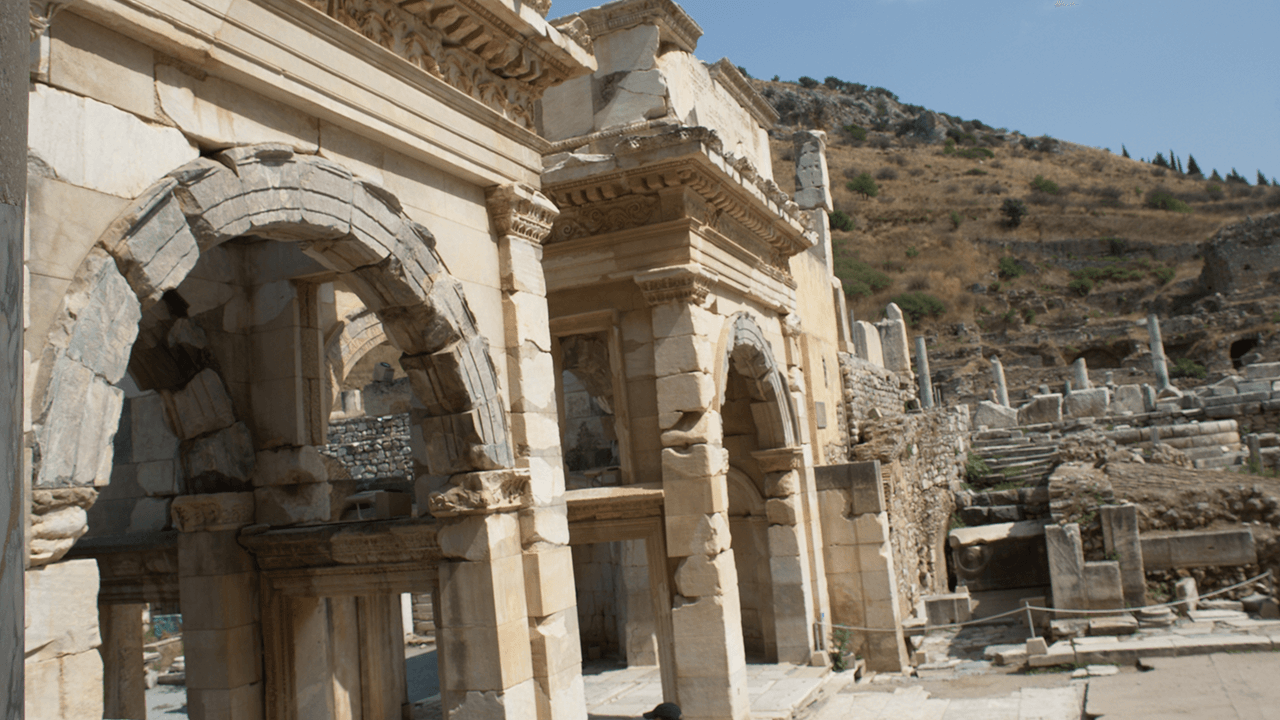 The three crossing ways door, to the right of the Celsus Library was built in 40 A.D. by the slaves Mazeus and Mitridíates for their emperor, Augustus, who gave them freedom.

The passages are vaulted, the front of the vault facing the Celsus Library is made of black marble, while the other side is white. Today we can still see the Latin inscription inlaid with bronze, which says “From the Emperor Caesar Augustus, the Son of God, the greatest of the priests, who was consul and tribune twenty twelve times, and the wife of Augustus, Livia, the son of Lucus, Marc Agrippa who was consul three times, emperor, and tribune six times, and the own daughter of Caesar Augustus; from Mazeus and Mitridiates to their master and the people”.