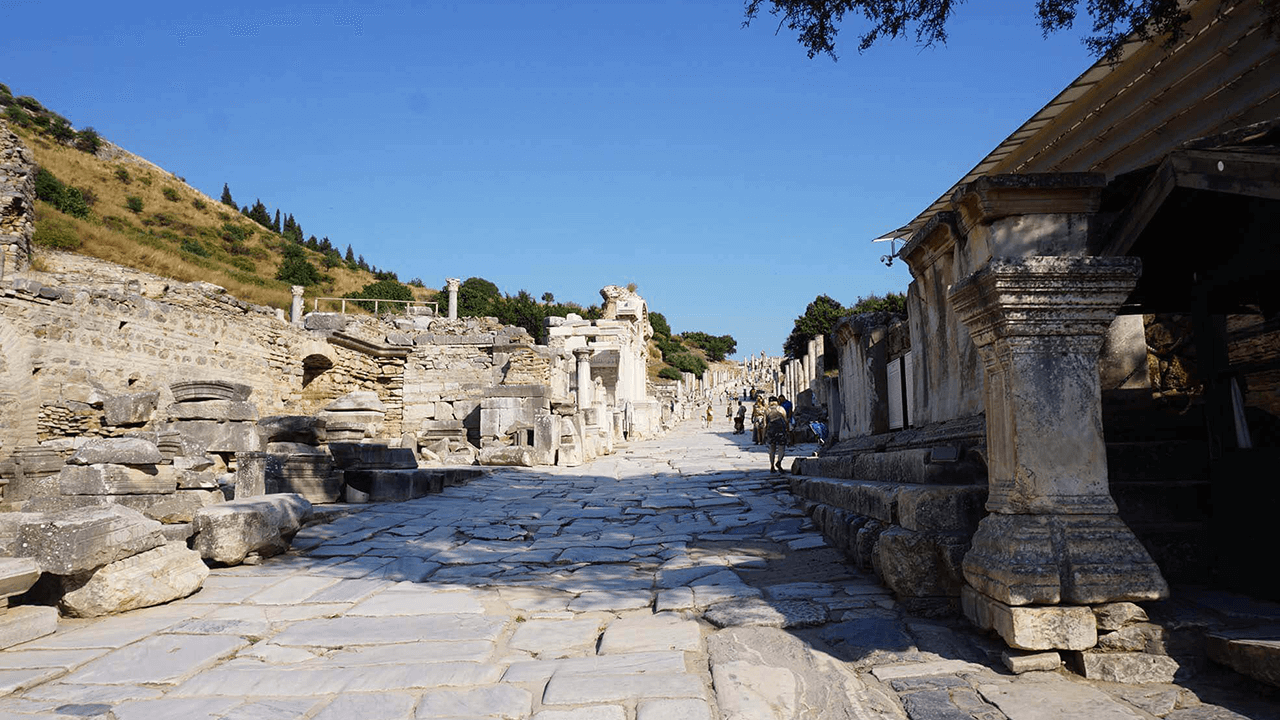 It is one of the three main streets of Ephesus and extends from Heracles Gate to the Celsus Library. This street is named because of the priests, to whom the people started calling “Curetes”.

On this street there were fountains, monuments, statues and shops on both sides. The shops on the south side used to be of two floors. Ephesus suffered many earthquakes, where many structures were damaged, such as the Curetes Street that, although some were restored it was necessary to bring new columns of another styles, still an appreciable difference.