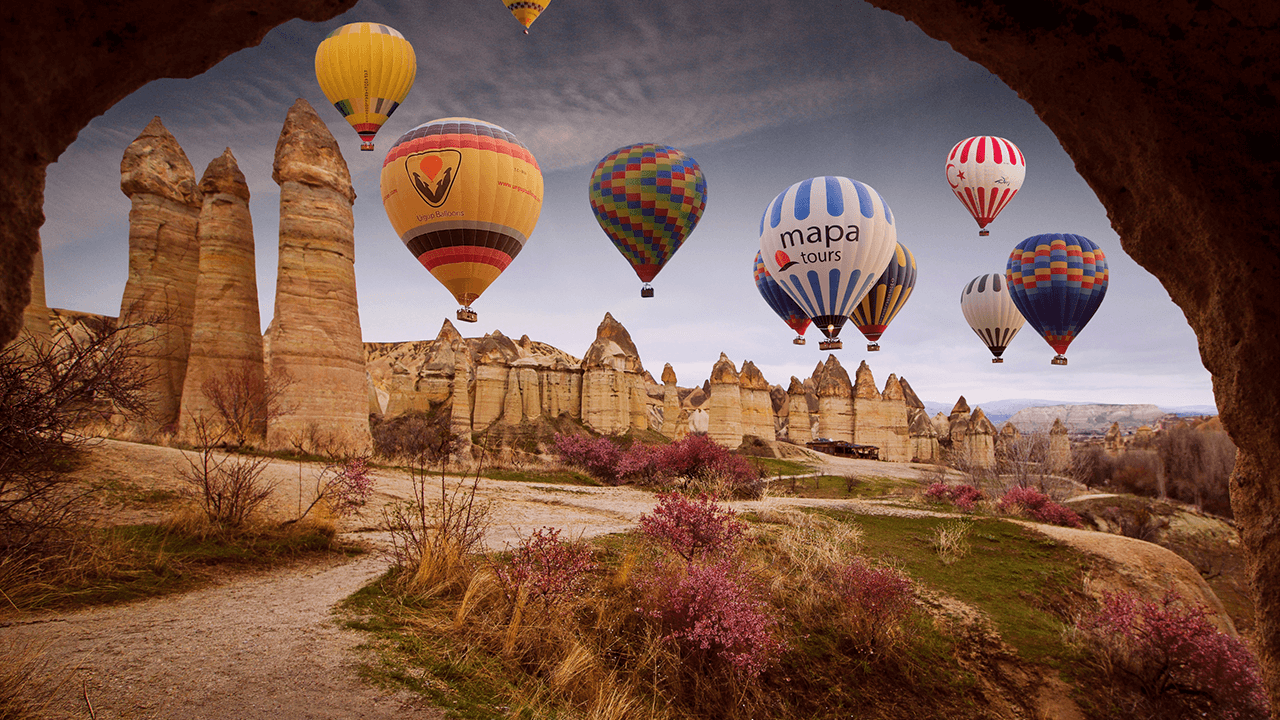 The most visited and traveled areas of Central Cappadocia are Goreme, Avanos and Urgup. To do this, especially in summer, bus and minibus services are frequent.

There are minibuses called Belediye Bus Corp, from the municipality (between € 0.80 and € 1.10 depending on your origin and destination), traveling between Urgup and Avanos through Ortahisar, the Open Air Museum of Goreme,  Goreme village and Cavusin; every two hours, between 8:00 and 18:00. If you aks for it, the bus can make a stop at Zelve. Generally you can get in or out of the minibuses at any point along the way. Sunday services of these minibuses are less frequent.

The Ihlara Valley in western Cappadocia can be visited on a day tour from Goreme, or by bus from Aksaray. During the summer travel between these places by public transport is relatively easy, although on Sundays there is usually less traffic.