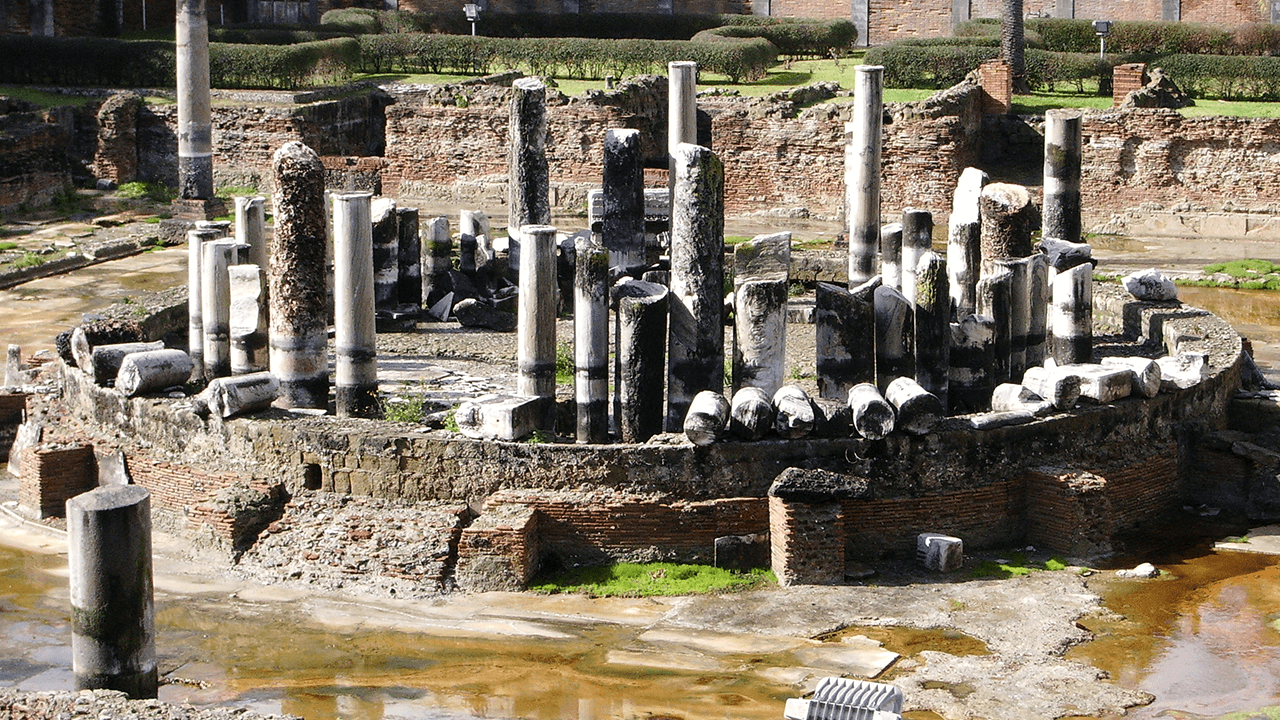 This temple located in the Commercial Agora was built by Egyptian traders, near the East Gate. You can also access the temple by the south-west corner of the Agora through stairs.

There are some evidence to suggest that the temple was never fully completed. It is estimated that its construction began in the second century A.D. Inside the temple, there was a statue made of Egyptian granite which, together with some inscriptions indicates that the temple was made for believers of Serapis, an Egyptian deity, which also appeared next to Artemis, the patron saint of Ephesus, with a garland, as a symbol of peace. It is well documented that in Ephesus there was a very strong business relationship with the influential port city of Alexandria, Egypt.

The temple was turn into a church during the Christian period. Remains of a baptismal font have been found.