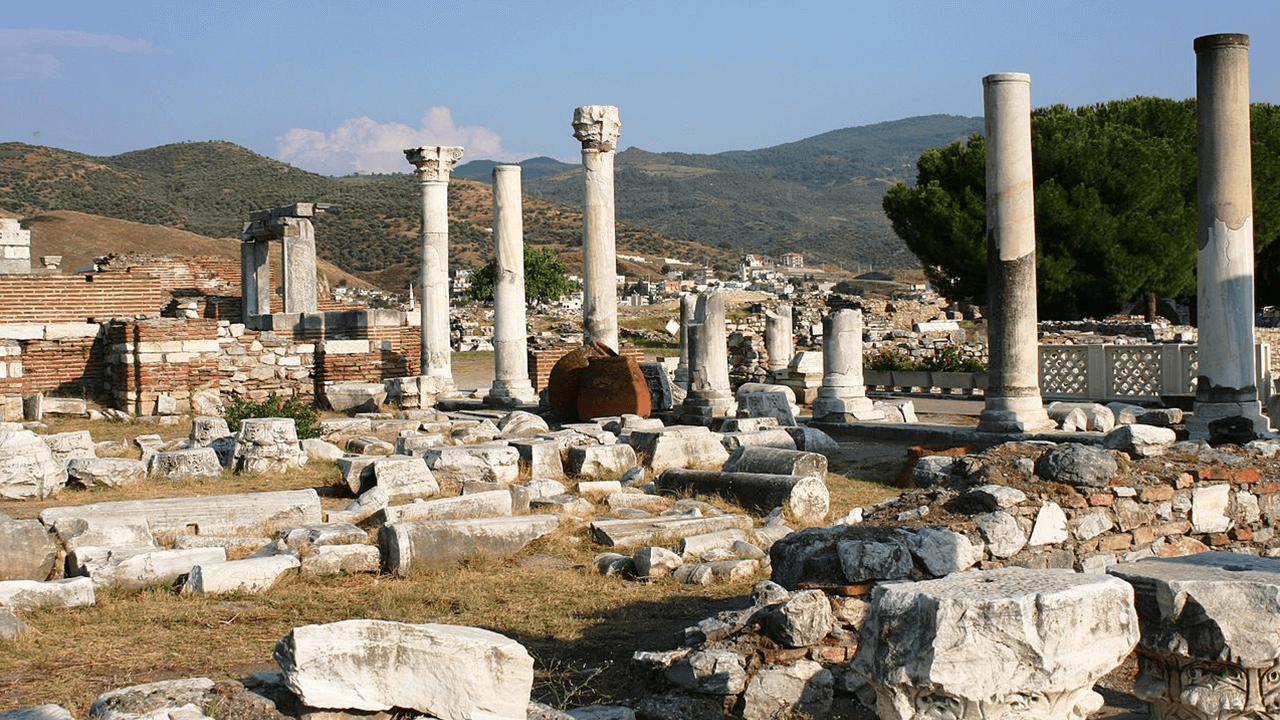 In his crucifixion, Jesus asked his beloved disciple John to care for his mother, so that after the death of Jesus John brought the Virgin Mary to Ephesus and settled there. John was martyred under the reign of Emperor Trajan.

It have been permanent discussions about whether John the Apostle is being confused with St. John the Theologian, from whose name, Sophie Theology, derived primarily the Turkish name of the town and then only of the hill, Ayasuluk. A small church on the hill was dedicated to him in the II century A.D., replaced in the VI century with a great basilica built by the Emperor Justinian and whose impressive ruins are still visible.

The basilica had a cruciform plan, with four domes along its longitudinal axis and a pair flanking the central dome to form the cross arm. Under the central dome was the sacred tomb of San Juan. Pilgrims have believed that the fine dust of this tomb has magical and healing powers. In the apse of the central nave, beyond the transept (transversal nave that crosses perpendiculary the principal one in churches) was the synthronon (semicircular rows of seats for the clergy). To the north transept was awarded the treasure, that later became a chapel. The baptistery is from an earlier period and is located north of the nave.

The citadel on top of the Ayasuluk hill is a Byzantine construction, later extended by the Seljuks. On the side of the hill there is the Mosque of Isa Bey, representing the period of the principality of Aydınoglu and built by Isa Bey, grandson of the founder of the Principality. This is the first known example in Anatolia of a mosque which has a patio and a pool, while columns and transept, so it becomed a perfect example of the succession of religions: pagan temple, Christian church and Muslim mosque.