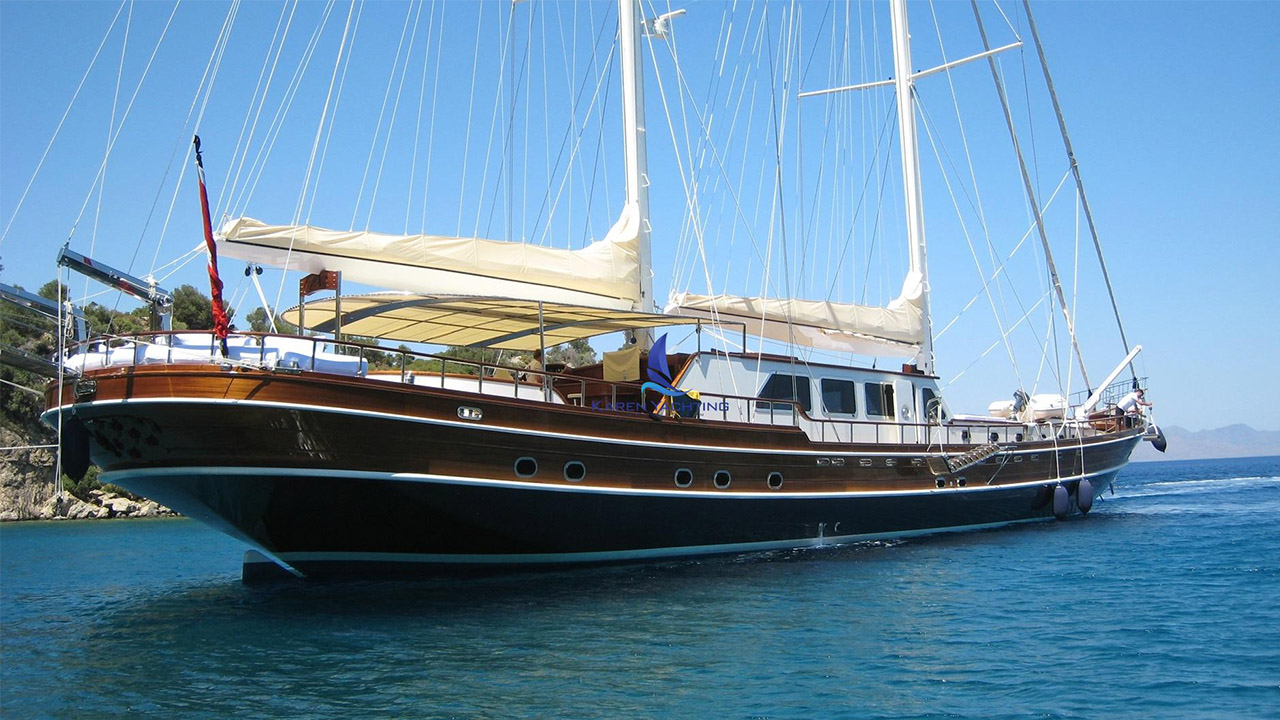 The so called “Lycian Coast“, because of this ancient civilization, extends through the Turkish Aegean, between Bodrum, Marmaris, Fethiye and Antalya, also called Turkish Riviera or Turquoise Coast and is one of the best places for vacation aboard of a sailboat.

Day 1-Marmaris: Arrival to Marmaris. Nestled in a bay, flanked by pine-carpeted mountains, Marmaris is one of the most attractive marine parks, ideal for water sports. Overnight in Marmaris.

Day 2-Marmaris-Ekincik-Kaunos: During breakfast we sail to Ekincik, a delightful yacht mooring. Then we will get into the river of Dalyan. At the top of the gorge, in a bend of the river above the old port city of Kaunos, magnificent tombs were excavated in the rock. Moreover, Kaunos Beach is an area of nature conservation and a haven for the famous Caretta-Caretta sea turtles and blue crabs.

Day 3-Kaunos-Göcek: After breakfast we depart towards Göcek. The Gulf of Göcek and its delicious marina is one of the best places in the Mediterranean Sea. On the opposite side, on Tersane Island, you will find Byzantine ruins and ancient shipyards.

Day 4-Göcek- Ölu Deniz: After breakfast, departure to Gemiler Island (Saint Nicholas Island). This abandoned island has not only ancient ruins but also a magnificent view. In the afternoon we will continue to Ölu Deniz, where the calm, crystal clear waters are ideal for swimming and other water sports. Ölü Deniz (also a small village) is one of the best places in the world to do absolutely nothing but soak in the sun in a stunning natural environment.

Day 5- Ölü Deniz-Fetihiye: Fethiye boasts of its important marina at the beginning of a beautiful bay full of small islands. Overlooking the harbor there is a hill crowned by the ruins of a Crusader fortress.

Day 6-Fethiye-Batik Hamam: In the afternoon, departure to Batik Hamam, which for many travellers is often the best part of this trip, because of the amazing wonders of its environment and nature.

Day 7-Batik Hamam-Turunc-Marmaris: In Turunc landscape unfolds in spectacular blue waters, behind the natural harbor. The village itself is small and extends around the bay.

Day 8-Marmaris: Breakfast and transfer to airport for your return flight.

During the trip on the yacht you will not have a guide and may travel with people from different nationalities. The services provided to clients will be in English.

Accommodation: Six to Eight cabins for 12 to 18 people, each cabin with private bathroom and music.

Rates DOES NOT include:

Drinking water
Soft drinks and alcoholic beverages (these can be bought from the bar aboard).
Land excursions.
Airport transfers.