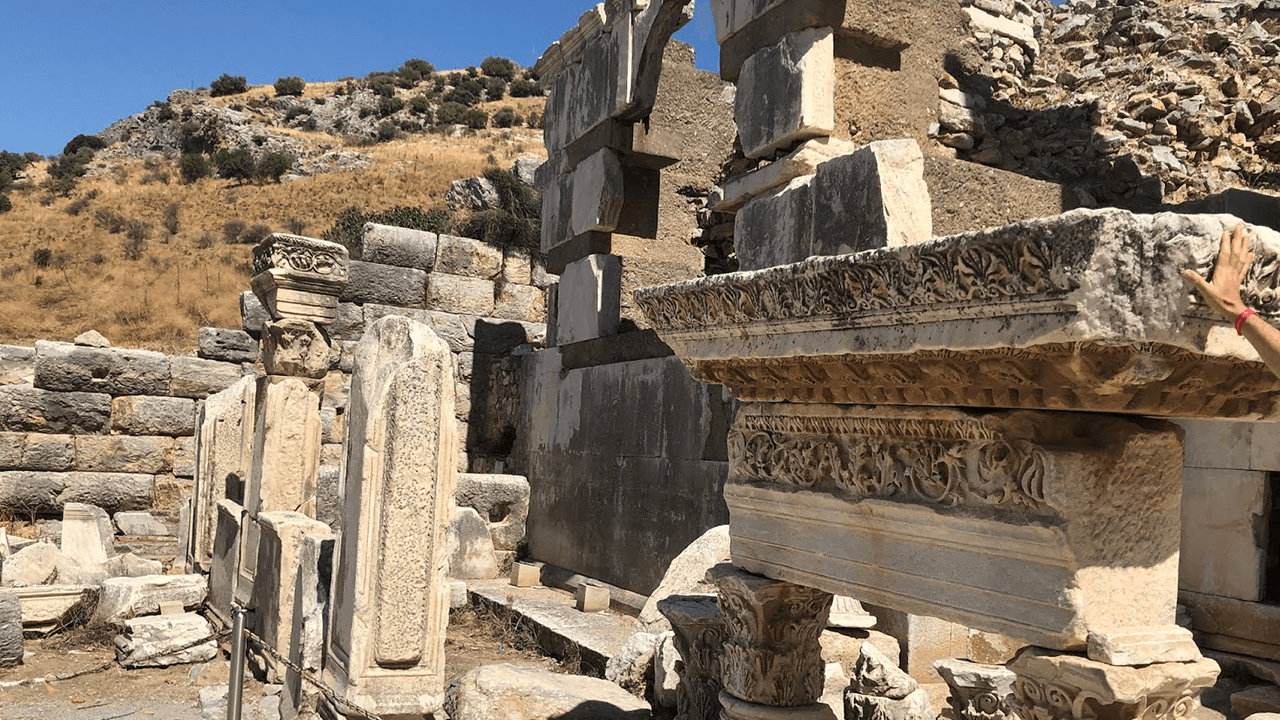 In the southwest corner of the State Agora were found the remains of a water reservoir that, according to an old inscription on it, was commissioned by Gaius Laecanius Bassus, from 80 to 82 A.D.

The facade of this fountain built by Basso, governor of Ephesus, was richly decorated and had two floors facing the street. The statues of muses and newts that were found on it are exhibited in the Museum of Ephesus. Because of its huge size, it also has been named the «Water Palace».

This fountain connected with another in the front and with a storage tank. The main section consists of a semicircled space and was built in the second century A.D.

During the reigns of Constantine and Constantius the source underwent to some reparations and the current wings were added. According to the inscriptions, this structure is known as the Nymphaion.